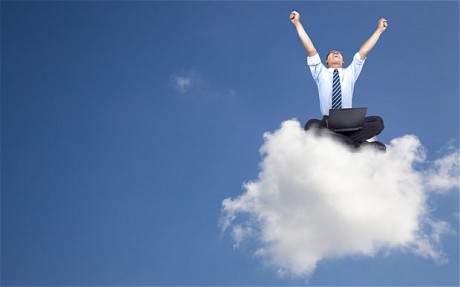 2013 has really been the year that the cloud has gone mainstream, especially for the educational segment. Companies recognize that capturing student users today paves the way for future loyal customers.

The biggest names in software have discontinued discs as a means to distribute their programs and applications. What this means for students is a far more flexible use case.

For that price, students get Microsoft Word, PowerPoint, Excel, Outlook and also OneNote as well as Publisher and Access which can be downloaded on to any two computers.

Using the cloud versions also allows students to collaborate with others and maintain an online repository for files and documents. Subscribers also get an additional 20GB of storage on SkyDrive plus a 60 free minutes of Skype calls a month to selected countries.

Adobe has also adopted the cloud as a means to distribute its popular applications. Their Creative Cloud for Students costs $49.99 each month (now on sale for $19.99/month) and offers access to the most updated versions of professional creation and editing tools like Photoshop, Dreamweaver, Illustrator, InDesign, Acrobat and many others.

Creative Cloud has various online as well as mobile tools for working with projects on tablets and smartphones even if most of the heavy lifting is done on the desktop with the pro apps. Adobe also offers 20GB of cloud storage for individuals; 100GB with Creative Cloud for teams.

With Microsoft’s Office 365 and Adobe’s Creative Cloud, users no longer have to purchase boxes of software or install the programs from discs and then register the software.

They now download everything into their computers, sign up with a secure password and they get the latest version of the applications they need. If they get a new PC, they simply deregister the older installation and re-install the applications again.

To stop using the services or applications, students can simply stop subscribing and opt to pick it up again later on.

There are also many standalone cloud applications that make good sense for students. Dropbox has over 100 million users and the service provides cloud storage and synchronization that enables certain folders between machines to mirror each other. Dropbox is also one of the more ubiquitous solutions as it is available to various desktop and mobile operating systems.

Evernote is another staple which students going back to school will find useful. Evernote allows the storing of notes, links, images, websites and even recorded audio to the cloud for access later on. If used wisely, Evernote can aggregate information by topic or subject for reference later on.

Both Dropbox and Evernote operate as freemium products. This means that a lot of the functionality and some storage space is available for free, but users have the option of paying for feature upgrades and additional storage if necessary.