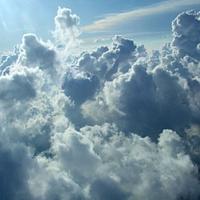 Cloudification and the Network

The survey, titled “The Cloudification of the Network,” by Pertino and Spiceworks, was recently featured in CloudTech. It found that cloud networking tools were being considered for implementation within the next year by 45 percent of IT professionals. The rest of the respondents plan to consider cloud networking software within the next two years. The survey also found that more than 70 percent of the IT professionals interviewed said they are familiar with cloud networking. They pointed to easier management, mobile access and the option of disaster recovery as the top reasons for planning a solid networking strategy.

The report also revealed that almost 90 percent of IT professionals considered cost as a factor in implementation. Data protection, risk of security breaches and control over the infrastructure were also concerns. The survey concluded that smaller firms can truly benefit from a scalable cloud networking information infrastructure and highlighted that such a move would reduce the headache of providing services such as content filtering and DNS.

IT professionals at midsize firms seriously consider cloud networking solutions because they have the same kinds of efficiency and scalability benefits that can be found with software-as-a-service (SaaS) solutions. At a growing firm, limited resources are a constant concern, so the benefits of cloud computing solutions are invaluable. The cloud has been proven to save precious time and money while increasing productivity; this all leads to increased competitiveness in the market.

The consumerization of IT, increased mobility and the overall rise of cloud and virtualization technology adoption is behind the increased adoption of cloud networking. As a result, more vendors will appear who will focus on midmarket needs. Vendors can help midsize firms with deployment of cloud networking solutions which in the end can be very simple for IT professionals to manage. IT professionals end up gaining greater control and perspective over the network than is possible with legacy solutions.

Cloud-based networking has shown that it can provide equal levels of security, reliability and connectivity to legacy networks, and in the end, it also saves money and time. There is no doubt that today’s growing mobile workforce, the bring-your-own-device trends and the boom of smartphone and tablet use have contributed to this growing IT need. Data no longer sits behind the physical confines of four office walls, and vendors are taking advantage of the opportunity. As a result, midsize firms can benefit from the increased availability of solutions geared toward their cloud networking needs.