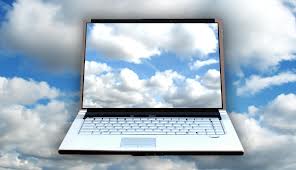 The terminals are supported by 28 pieces of blade servers and a 60TB HDD storage installed in the city’s information center.

The project, scheduled to be fully completed by 2015, would replace all obsolete PCs in the city’s school system with over 30,000 cloud terminal devices. It would cut cost on software and hardware maintenance, lower power consumption to 3W per device level, as well as allow the municipal education authority to collectively allocate online education resources and enhance efficiency in administrating each school’s computer rooms.

“By using such a system, we could effectively push forward the development of the city’s teaching, resources, research, and evaluation–all of which is done on the cloud,” said Chen Xikun, director of the IT center at Zhuji’s education bureau. “Take teaching on the cloud, for example, students in different courses have full access to all resources available, and it helps the elementary and secondary education of Zhuji develop in a balanced way.”

Since the project’s commencement in April 2012, Shanghai-based 3Tcloud has been replacing PCs in the schools in Zhuji with X900 cloud computing terminals, a device that supports virtual machine under CHP protocol and is no bigger than a ADSL modem.

“To modernize an information-based education system, we will continue to set up multiple Zhuji-like education clouds in China in the future,” said 3Tcloud CEO Tan Tianting.