Cloud Computing May Save U.S. Government $20 Billion A Year (But There’s More To It Than Just Cost Savings) 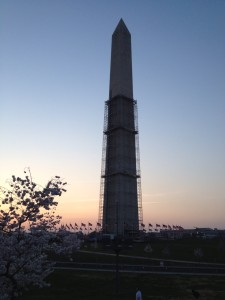 That’s the takeaway from a new survey of 153 federal IT executives released by MeriTalk, a public-private partnership for advancing government IT. The study, underwritten by Red Hat, Inc., calculates that Platform-as-a-Service (PaaS) has the potential to reduce federal IT costs by close to one-third.

The federal government is actually a huge producer of software. More than three-quarters of respondents, 77%, say new application development “is vital to their agency’s ability to meet mission objectives.” However, the report’s authors add that “federal IT is fundamentally broken.”  The General Accounting Office “tells us Uncle Sam spends 70% – $56 billion – of its IT budget on care for legacy systems.”  The study found that these processes “move at a glacial pace, translating into higher costs” — the software application development cycle itself takes an average of three and a half years. In addition, 41% of the federal IT managers in the survey say their agencies’ software and applications need to be replaced or upgraded.

About 12% of the federal executives report using PaaS, and 20% are transitioning to cloud-based development. Overall, 95% of respondents say their agencies would benefit from a migration to PaaS largely through reduced costs and improved security.  In addition, 90% say moving to Platform as a Service offers support for data center consolidation., and 79% of federal IT managers believe using PaaS will help their agency take advantage of shared services. Another 73% believe PaaS will help their agencies take full advantage of big data, and 69% say it will hep to support mobile devices.

Of course, saving money is but one piece of the cloud computing picture. Flexibility and agility to respond to new challenges and opportunities is the benefit that really delivers. And, yes, the federal government needs all the agility it can get. Consider the obstacles posed by large, lumbering systems and long software procurement and development cycles. For example, when changes or withholding or Social Security taxes are pending — such as the last-minute uncertainty as to how Congress was going to address last year’s “fiscal cliff” — it took some time for the IRS to make the changes in its systems. Or, how if military drones get hacked, and it’s necessary to quickly rewrite the controlling software. The need to overhaul rev 2 of the Affordable Care Act portals is also pressing. The ability to support real-time data is also key in air traffic control.

More than two-thirds of those already using PaaS, 67%, say they are benefiting from increased mission agility.