Cloud computing is making infrastructural breakthroughs on the roads even as the term ‘infrastructure’ becomes more tech and virtual than its original meaning. Even if one hears of Infrastructure as a Service (IaaS) in computer matters, pretty often, it might be soon possible to think out of the box and attach it to the physical tarmac. In Europe, for example, plans are under way to ensure that the operability of transcontinental routes improves. 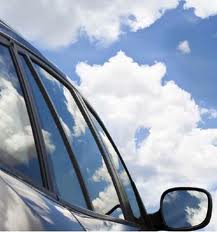 Small operators will be able to collaborate with large consortiums to make use of every means of transport possible be it road or rail.

Surface travel that makes use of trucks or locomotives to convey bulky merchandise, in a single trip, can help enhance operability. Several small-scale suppliers can convene to use a single stretch of road without paying undue duties to transport the same by various means. This is because cloud computing will enable them to select a given route on the map, as well as help to bring together various suppliers who can decide on a given large carrier to convey their goods in one volley. This will echo economies of scale: where many large containers that are almost empty are on the road, simultaneously, one can have several suppliers communicate and collaborate on a single trailer to do a job that many half-empty carriers will do expensively.

Cloud computing is also helping to improve safety concerns on the road. The latest breakthrough is in Ireland where a student grouping has received recognition for its efforts to alert reckless drivers via an innovative gadget. It uses the same mechanics of storing data and displaying it like the conventional cloud. The gadget’s sensors on the engine of the vehicle can relay information about possible crossings (in an area where intersections number 29 in a stretch of 7KM) and thus reduce casualties.

Maps such as those on Google may also be quite handy at evangelizing the rules of the road. When drivers are faced with route decisions, they only have to consort the maps to get data about the most convenient to use. The same case applies to situations where an emergency has occurred on the only way that the chauffeur knows while gridlocked in a traffic jam. It will only take an eye tour of the map, on display, to study the inner streets to negotiate the way out of the snarl up and thus reach the destination in time.

Finally, roads may no longer have to be a headache to chauffeurs if driverless vehicles make it big time. There are now California-based manufacturers who are testing these on public routes. The premise of their possible mass use in the future is that they will overcome traffic because they will keep in tandem with each other, thus shunning human-inspired overlapping. Needless to say, they may even overcome the problem of over-speeding, waiting at termini and the like habits of the modern vehicle possible to cause passengers migraine. Their sophisticated road-smart technologies will help them book appointments with passengers and drive at an optimal speed.

If infrastructure will ever return to its original meaning, namely the road network, it will be courtesy of breakthroughs in cloud computing. However, that will only come to be if the WHO prediction that by 2020 monthly accident figures in the globe will have reached one hundred and fifty thousand, does not turn into a reality. This will also happen when mileage and carrier information will be as comprehensively documented, all over the world, as the United States currently does.