Cloud computing luring many to IT contracting

While cloud-based computing continues to dominate technology headlines, its impact on changing the IT workforce is beginning to get more attention. Specifically, the increase in outsourcing due to cloud services, and a corresponding need for more contractors. 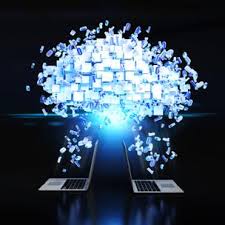 FierceCIO has reported in recent weeks on the growing ranks of IT professionals being lured to contracting and consulting firms. Part of this trend is a simple reflection of the recession and the number of IT pros who lost full time jobs in its wake.

But the number of IT pros who will switch gears from full-time traditional employers to contracting firms and consultancies will increase this year and next year due to cloud computing.

As noted recently at CIO Insight, “Cloud computing is the most disruptive force in IT outsourcing today. Instead of signing outsourcing contracts that span five or more years, Craig Wright, a principal of Pace Harmon–an IT consulting firm that specializes in outsourcing–says the average outsourcing contract is now in the range of three to five years. What’s changing, says Wright, is that a lot of those outsourcing contracts involve multiple cloud service providers that are being asked to bid on process workloads as either primary contractors or subcontractors.”

The trend of organizations to hire more IT contractors was confirmed by a series of articles in FierceCIO in November and December, which noted that 18 percent of all IT workers are currently estimated to be self-employed.

ZDNet also cites statistics from Computer Economics, which says the percentage of IT contractors in large organizations is now approximately 15 percent–in stark contrast to 2011, when 6 percent of the IT workforce were estimated to be contractors.

By nearly everyone’s estimate, cloud computing will see aggressive growth in 2014, requiring more IT hiring by cloud service providers. In turn, the hope at many organizations is that by adopting the cloud, there will be a reduced need for IT management and maintenance in-house.

“A finite number of cloud service providers gives CIOs the option of running part or all of an application workload using external data centers whenever they see fit, while at the same time providing the ability to play one cloud service provider against another,” CIO Insight noted. “In effect, that level of flexibility is increasingly turning the internal IT organization into a broker of services.”