RIGA: Russian police marched into a small company’s office in Moscow and told everyone to sit down and wait to be interviewed. They left hours later with all the computers. “You can imagine how much of a problem it was. We had no backups,” said the owner of the trading business who asked not to be named. “We didn’t get anything done for a week as all of our files were gone and we had no e-mail,” he said. 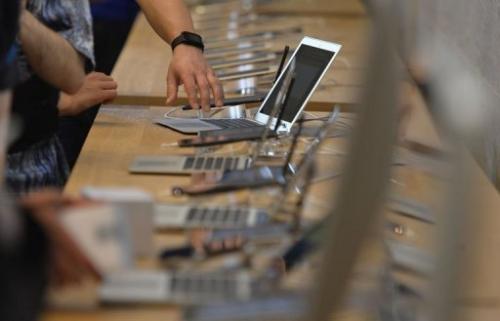 With the police able to easily seize equipment, such raids are a persistent fear for Russian entrepreneurs. But cloud computing offers them a new tool to reduce the risks by moving their data out of the country, often into Latvia, an ex-Soviet state that affords convenience for Russian businessmen.
Cloud computing refers to the process of getting software, storage, computing power and other services via the Internet from remote data centers rather than the memory in one’s own computer. Many people use cloud-based e-mail services such as Gmail and Hotmail, or Dropbox or IDrive for storage, which are accessible from any Internet-connected device and ensure data is not lost if one’s computer is damaged or stolen.
The cloud also allows companies to avoid making expensive up-front capital investments in hardware and software and to quickly scale up the services they provide to clients. But businesses often first perceive the dark side of the cloud: they have justified concerns about giving up physical control over their data and potentially having it lost or accessed by others.
Cloud companies have gone to great lengths to reassure clients their data is safe, and the sector is now booming globally as companies look to cut costs. And IT firms in Latvia say they are seeing a gust of Russian customers seeking a bright silver lining in the cloud — the security afforded by moving their data out of the easy reach of police.
“They want to protect their data from government interference and competitors,” said a Latvian IT expert who also asked not to be named. “The easiest way to do it is move it outside of Russia, the primary data itself or at least a copy.” Fast Market Research expects overall Russian IT spending to grow by 11 percent in 2013 to $ 24.4 billion (18.7 billion euros).
Cloud computing still accounts for a sliver of that. According to market research firm IDC, it totalled around $ 120 million in 2011. But it is growing by roughly 50 percent per year. The Latvia-based company DEAC has sought to tap into that growth, boasting a 46 percent increase in sales last year with more than 500 projects in Russia, Ukraine and Belarus.
The firm says on its website that by using its data centers “Russian clients can diversify their administrative and technical risks and reduce their IT expenses by 40 percent.” DEAC has built data centers across Europe, both to reduce geographical risks of an outage and to provide a platform for clients to expand activities closer to customers. For those who put a premium on physical security, DEAC offers a converted Soviet military bunker. Twelve meters (40 feet) below ground lie rooms packed with top-of-the-line servers.
“Russian companies are very concerned about secrecy,” said the Latvian IT expert, who believes his clients are more motivated by security concerns than cost.

“There is a demand for smaller private data centers as they believe them to be more discreet and they don’t want to be where their competitors are.” This gives Latvian companies a niche in a market otherwise dominated by big global and Russian companies.
Latvia is also a comfortable place for Russians to do business. Many Russian-speakers remain from Soviet times, numerous boutique banks cater to Russian businessmen and they can get an EU residency permit in exchange for a modest real-estate investment.
But even Russian firms adapting cloud solutions of foreign vendors for the local market usually offer the option of data storage in Europe, according to Frost & Sullivan consultant Andrey Vyatskikh.
The Moscow businessman whose firm was raided says they now use Google Cloud for a virtual server, storage and have 10 free e-mail addresses.
“We have no security concerns, no spam and no problems with down time,” he said, considering himself lucky to have gotten his equipment back after only one week and without having to pay. No charges were pressed against his company.
Russia’s weak rule of law has long been thought to have held back its development, and this can also be seen with cloud computing.
Despite large efforts to provide government and health services via the cloud, Russia still lacks the legal framework to regulate cloud computing, Vyatskikh said.
Foreign firms have well-established certification systems, provide information security audits and are in jurisdictions that regulate electronic commercial relations and responsibility for loss or leakage of information.
“The presence of the laws regulating these aspects of cloud-based services in Europe and the US is undoubtedly attractive for Russian companies,” Vyatskikh said.