Cloud computing: is it right for you?

Sometimes the IT industry throws out a load of hype. Everything would grind to a halt in 2000, they said, and it didn’t. We’ll all be using tablets soon and … oh, so we did. That’s the problem with the tech market: some of it appears to be hype, some of it doesn’t. 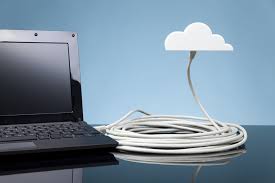 One thing that isn’t going away anytime soon is the cloud. This, essentially, is technology where your own computer becomes more like a terminal tapping into someone else’s computer elsewhere. It’s like a variation on the old mainframe computing: your computing is hosted elsewhere; you simply log on.

There can be a number of reasons to opt into cloud computing, not least of which is that by now almost everyone has experience of it. Have you used Google Docs? Gone on to the Facebook site? If so, you’ve accessed someone else’s data from your own computer using the internet and, therefore, used cloud computing.

It was Gmail, and subsequently Google Apps, that was the first step taken by Trunkie, the children’s luggage manufacturer. Phil Bagnall, head of operations, explains that the main reason for opting for cloud was that the company didn’t want to run its own IT department as it grew.

“We’re 90% on the cloud now,” he says. “After Google Apps we expanded into Box for file storage and to share documents with customers across the net, and at the end of 2012 we started using NetSuite for finance and enterprise resource planning.”

The company didn’t want to get locked into managing its own IT and recruiting a technology team in its early stages. “Cloud was really the only option,” he says.

It wasn’t just costs and convenience, though; there are real business issues. “You don’t have as many problems with legacy issues,” he says, such as using old versions of software. A good cloud provider offering applications (and they don’t all – some specialise in storage space or in other elements) will update software without bothering the end user; it’s just there next time they log on.

Of course, not everything has to go on the cloud. Many people opt for a mixed model of cloud for sensitive things and localised computing for the day-to-day stuff. There are different forms of cloud – private cloud which is exclusive to its clients, public cloud such as Google, which anyone can log on to very cheaply, and hybrid, in which the provider balances the client’s needs against the technical offerings.

All you need is an internet connection – which is why companies such as Klaxon, a business-to-business lead generation specialist, adopted it because it wanted more and more flexibility in how its operatives worked.

“The fact that we operate as a remote agency team and don’t always sit together in an office means it’s especially important to convey a high level of professionalism when working with our clients,” says Andy Bargery, director of Klaxon. “As long as I have a Wi-Fi connection and my laptop, because it’s cloud-based I can use GoToMeeting to make a client call. When it comes to working with international firms, the fact that it is online also brings the added advantage that we don’t incur high call charges.”

Bargery also has work-life balance issues. “Being a dad with young children, I find being able to work flexibly is a massive advantage, too. As a business owner, the remote model also delivers by helping to keep overheads down. With the mix of cloud technology and high-speed broadband now available, the reality is that people no longer need to be in the same room to work together effectively.”

The company extended the model to its employees, finding that it could get hold of people who didn’t want to work in an office but who offered high levels of professionalism working from home. There are disadvantages, however, Bargery concedes. “There’s no doubt it is a different way of working. We have had cases where potential team members haven’t joined us because they wanted a more structured office environment. Remote working is not for everyone.

“Equally, because of the way we operate, it’s crucial that our team has the right attitude as well as skills. The freelance marketers we work with understand that if you don’t turn up, you don’t get paid, which is an important mindset to have.”

Collaboration with the right people becomes a lot easier. Voucher Codes Pro is a company providing discounts through voucher schemes. It uses cloud technology a great deal. Marketing director George Charles says the company has used cloud for convenience as well as other reasons. “We no longer need to email documents around, and having a single place to store things such as company policies and worksheets makes them easier to find and keep up to date,” he says.

It’s equally true that using the cloud can mean you pay only for what you use in computing terms, so you can scale it up and down in terms of the number of visitors it can handle. “If we are enjoying a busy day on the website,” says Charles, “we know we can easily increase our server capacity to deal with the load.” The company can then scale it down the following day and the cloud provider can deploy the computing power to another client, so it’s greener, too.

There are a few myths about problems with cloud technology, but it’s only another form of computing. Nonetheless if your financial people will be happier with computing going on operating expenses rather than capital expenditure, if you don’t want to concern yourself with technology and upgrades, it’s something well worth considering.

• All cloud providers understand the Data Protection Act. The good ones in the UK do. Elsewhere, they may feel less bound by the laws that exist over here – although many will. Again, ask.

• Cloud is safer than computing on site. It may well be but you need to find a professional cloud provider who has contingencies planned – including what happens when they are acquired or go bankrupt. Ironically, the ones who’ve planned for it are possibly among the least likely to have a problem.