Cloud Computing Is Getting Cheaper, The Beauty Of Competition

The biggest selling point of cloud computing is its affordability and accessibility to small and medium organizations; it can even be free for personal use. This means that anyone can harness the power of cloud computing to little or no cost. Google, Amazon and other players within that space offer free versions of their services but for more functions and resource capacity, the pay-per-use model takes over. 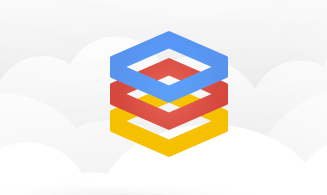 The barrier of entry on the cloud is steadily decreasing. On the 4th of April, Google announced that the Google Compute Engine (GCE) cloud service, an on-demand VM service (IaaS) complementing the Google App Engine (GAE) platform as a service (PaaS), will be dropping its beta state. But that’s not the most important thing in relation to this little discussion of ours, during that announcement it was also made clear that there will be a ~4% reduction on pricing schemes on the GCE cloud service. This might not look much but for organizations who use a lot of resources, this could mean a lot of money saved.

Amazon, who is also a big player in the scene, announced 12 hours later that its Web Services (AWS) will reduce prices on all of its on-demand Windows virtual machines (WVM), dropping prices by 26%. It was as if Amazon waited for the Google announcement before giving their counter and then some, as if saying “Is that all Google”. Price wars are always beneficial for the consumers, don’t you agree?

The AWS price cuts are centered within their Windows VM services and seem to show their intent on entering the enterprise market. So the price cut obviously implies that Amazon is sugar coating their services to make it more enticing to enterprise buyers.