Cloud Computing Is a High-Growth Market

Amazon Web Services was in the news last week when the services had a bit of a hiccup (again). This time, the outage took down Instagram, Vine and Flipboard for an hour or so. 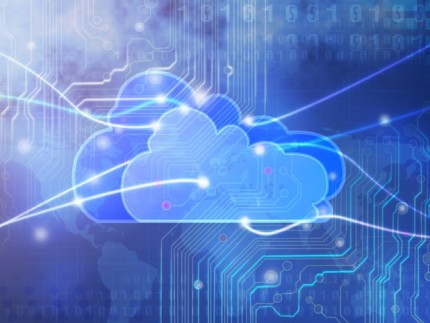 Another outage the week before knocked Amazon’s own front page offline, costing the company an estimated $5 million for the 45 minutes it was dark. Last year, AWS outages hit Netflix (NFLX), Pinterest, Quora, FourSquare, Reddit and FaceBook’s (FB) Instagram. The importance of the news isn’t necessarily that AWS had a minor technical issue, it’s that fact that cloud computing is becoming central to so many companies.

Many of the names listed above are among the most talked about “it” companies in the high-tech space — rising stars, subject of IPO speculation and some established services that are dominating their respective markets.

The takeaway from this is that cloud computing has had a tremendous effect on companies’ ability to go from simple idea to viable (or at least popular) web-based businesses. One of the biggest expenses for these startups used to be their data centers — investing in all that equipment, the trained IT staff to run and maintain it plus the secure premises to house it all was expensive. If their service proved popular, expansion was costly, time-consuming, disruptive and usually required bringing on more IT staff.

By offloading the capital investment, rent and the majority of the IT staffing to a cloud computing provider, web-based startups need far less staff (and cash) to go from an idea to a service boasting millions of users. As users pile on, the company simply ups its monthly payment to instantly add more capacity. Security, redundancy and uptime is the problem of the cloud data center.

FourSquare, with more than 30 million users, 1 million merchant users and 3 billion check-ins only has a little more than 100 employees. Pinterest, with more than 70 million users, has somewhere around 150 staff. Without options like AWS, it’s doubtful that many of these companies would be able to get off the ground, let alone grow at the rate they have.

A survey of cloud vendors published last month in Forbes showed Amazon on top, followed by Microsoft (MSFT), then Google (GOOG) among respondents. In that survey, 75% of companies polled said they currently use cloud services of some sort, with agility, scalability and cost cited as the primary driving factors. The 2013 Future of Cloud Computing survey conducted by Giga OM Research, North Bridge Venture Partners and others puts the 2014 cloud computing market at $158.8 billion by 2014 — up 126.5% from 2011.

In other words, there’s a lot of money being spent on cloud computing, and it’s increasing at a rapid rate. Not only has it become the “engine room” powering many of today’s hottest high tech companies, it’s being used by established companies looking to reign in their IT spending and gain operational flexibility.

Despite the lead that AWS has, it has still notched only $2 billion in revenue in 2012, with projections that could rise to $24 billion by 2022. I say “only” because impressive as those numbers are, they’re a fraction of what that 2013 Future of Cloud Computing survey says is being spent. In other words, while AWS tends to get much of the press, there are plenty of other investible companies in the business.

Want some examples? Synchronoss (SNCR) is up more than 300% since its lows in early 2009. Besides cloud computing, it provides online registration technology for telecoms like AT&T (T) — a position that also makes it a potential acquisition target for a telecom looking to buy its way into being a cloud provider.

Rackspace (RAX) was up nearly 1400% from 2009 to 2012 before dropping in 2013 (including 25% in one day after an earnings miss blamed on a price war with AWS). While pricing pressure from big players like AWS will continue, Rackspace’s current valuation around $44 is well off the $76 range it hit last year, and if it can stop slashing prices and convince customers it’s a better choice than AWS based on reliability or customization, RAX could recover some of that lost ground.

Then there’s Salesforce (CRM), a company best know for its web-based sales and client relationship tools. But Salesforce is also in the cloud computing game in a big way and CRM has been a consistent performer, up more than 500% since 2009.

Barring a dot.com-like collapse or a wide-scale shift for companies to move their IT infrastructure back in-house — both of which seem unlikely at this point — cloud computing has a rosy future with tremendous growth potential. And while tech giants like Amazon, Google and Microsoft are going to gobble up a big chunk of that growth, any significant gains for these companies are going to be buried as a line item in their earnings reports.

Companies that derive a large percentage of their revenue from cloud computing stand to see more upside based on market growth. If they can steal a few big customers when AWS is in the spotlight for taking a Netflix or Pinterest offline for an hour or two, all the better.