It was announced by the cloud computing giant (VMware) this Monday, Jan 27, 2014 that it has hired Chris Wolf as its CTO for Americas region. 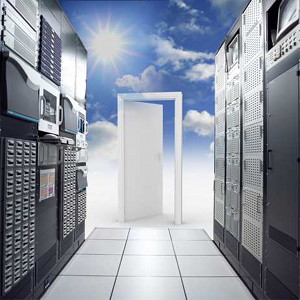 This announcement came about two weeks after the appointment of VMware CTO Mr. Ben Fathi. In his blog post Mr. Wolf also confirmed his switching of the job from EVP at Gartner to Chief Technology Officer CTO at VMware.

He further added about this move that I have been of the view to choose for the most promising and challenging opportunity in the domain of cloud computing technology, and no other company than VMware can offer me all that I have been looking for. “It is a perfect opportunity for me to leave Gartner and join this virtualization giant” he added.

While talking about the strengths and progressiveness of the VMware cloud computing Company, Wolf said, “One could argue that the cloud era will also accelerate data center consolidation, and that’s true, – However, when you consider the vCloud Hybrid Service (vCHS) and the massive vCloud service provider network, VMware is well-positioned to offer the most complete and customer-friendly hybrid cloud offering in the market.”

The former EVP of Gartner has also been a critique of the VMware’s policies a couple of years back, but since the company has started reshaping and restructuring of its new services and exploring the new domains in the cloud technologies, Chris has been supportive of the steps taken by the company. He also praised the company’s move to acquire AirWatch recently. He said, “VMware has understood the evolution of the modern workforce for years, for example – the acquisition of AirWatch – VMware has the essential ingredients to deliver a truly unified workspace environment.”

He wrote in his blog about his role and ambitions while working at VMware, “I’ll be even more active in social media and community engagement, and I’ll be working closely with VMware customers across the Americas on their current and future cloud, mobile and virtualization strategies, unlike my role at Gartner, I’ll now have a direct conduit into VMware’s talented product teams to ensure that community needs are being met and often exceeded.”