Cloud computing has revolutionized the IT industry for the past decade and is still developing creative ways to solve current problems. Innovations such as cloud storage and non-native applications are unimaginable 10 years ago but a reality nowadays. 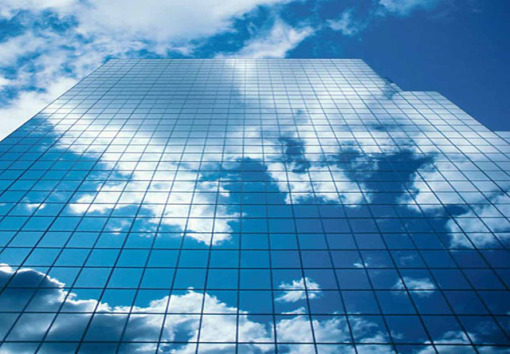 Companies and research institutes are slowly moving to the cloud to address their computing needs. Services and applications are also common in the cloud right now.

So why is the cloud attractive to the public and private sectors?

The cloud takes advantage of a centralized system and updates information real-time. Businesses with time sensitive data are quick to grab this opportunity and harness the efficiency of the cloud. For example, medical researches that needed months of in-house number crunching moved to distributed systems, significantly reducing computing time and expenses.

Email is no longer the only way to send information across teams in and out of the company. Systems such as Google Drive, Zoho and Trello are reducing costs of running native applications and updates information as they change. Productivity increases as information channels are consistent and data delivery is lightning speed.

Decades ago, telecommuting usually meant taking home tons of paper works and communicating with other teams members through telephone lines. Essentially, there was still a need for teams to meet up and collate tasks and outputs. With the conception of the cloud, telecommuting evolved to online collaboration between distributed teams. It is no longer impossible to work with people located in different areas, sometimes different countries, during office hours. Teams now consist of members distributed across large geographic areas.

As mentioned above, the capability of the cloud to update information real-time enables teams to address issues immediately. Working together no longer means meeting up in the boardroom. IP Telephony, such as Skype and Google Hangout, provides a platform that allows team members to discuss tasks without stepping a foot outside their cubicles.

With all its economical benefits, is there a way for the cloud to address pressing environmental issues?

Relocating information and data systems to the cloud not only saves money but reduces wasted resources. Companies no longer need to purchase hardware and systems that need installation and maintenance. By running systems on on-demand cloud services such as Amazon Cloud, companies reduce the cost of purchasing new machines and installing in-house systems. In-house data centers are usually equipped to handle peak hours, such as during product release of online retail stores. The additional resources allocated for high-demand hours are not usually used in daily operations. Data centers on the cloud can reallocate these resources to clients who need it, saving company dollars by only paying what is used and avoiding the purchase of machines that will not be useful in the long run.

Cloud service providers also have the ability to optimize their systems to reduce waste. They also have the capability of upgrading their systems according to service demands. This is usually very expensive for businesses to do and results in wasted resources. Fewer in-house machines means companies could redirect funds towards improving other aspects of business operations.

A study reported last year that clients of Salesforce, a fast-growing cloud computing giant, produced 95 percent less carbon compared to companies with systems in their premises.

“The Salesforce community saved an estimated 170,900 tons of carbon in 2010—the equivalent of taking 37,000 cars off the road, or avoiding the consumption of 19.5 million gallons of gas.” said Marc Benioff, Salesforce’s chairman and CEO.

A 2010 study from Accenture, Microsoft and WSP Environment and Energy reported a huge impact of the cloud on CO2 emissions. They found out that businesses with systems and applications on the cloud could reduce per-user carbon footprint by 30 percent for large companies and 90 percent for small businesses.

Greenpeace pointed out in a recent study that while efficiency is increasing, a major variable is unnoticed: the energy source. The internal operations of data centers are “green” but it is superficial if the power source is non-renewable, the report says. With the increasing demand for cloud computing, energy consumption is expected to increase by 12 percent each year. The energy sources are usually from coal and nuclear power plants which are not renewable.

An analysis of Greenpeace showed that out of the 10 leading tech companies—Akamai, Amazon, Apple, Facebook, Google, HP, IBM, Microsoft, Twitter and Yahoo!—Akamai and Yahoo! are the most environment-friendly and Apple the least. The report also highlighted Google’s effort in “greening” its energy sources. Google Energy buys electricity from independent renewable power producers promoting projects tapping wind and solar energies.

The Future of the Cloud and the Environment

Two companies in Iceland, Green Earth Data and GreenQloud, both claim to offer 100 percent renewable energy. By powering their data centers with geothermal and hydropower resources, which are abundant in the country, both companies are aiming to be the forerunners in reducing carbon emissions by the cloud.

As the cloud industry expects to grow to a $150 billion market by the end of this year, users are increasingly demanding green services. Cloud technologies are quickly taking off and it’s a chance for companies and businesses to think of creative ways of harnessing its power while saving the environment.