Cloud computing was clearly a big winner in 2013, and it will clearly remain in the forefront in 2014. In 2014, though, we’ll hear less about the cloud itself and more about other trends it enables, such as Big Data and enterprise social media. 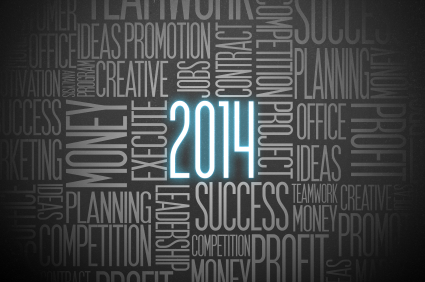 I also expect cloud to be considered a mainstream technology by pretty much all IT organizations very soon. Startups were on the cloud bandwagon early, with the likes of Dropbox, Pintrest and Instagram all raking in serious investment capital and winning over tons of consumers.

Many large enterprises have finally come off the sidelines in the past couple of years to embrace the cloud. Royal Dutch Shell, Samsung and Goodyear, to name only a few, all use the cloud for business-critical services. In fact, Gartner predicts that by 2016 the majority of IT spending will be on cloud tools and services.

With 2014 just begun, here are three business cloud trends to watch for this year:

Clayton Christensen, the author of The Innovators Dilemma, coined the term “disruptive innovation” to explain the “process by which a product or service takes root initially in simple applications at the bottom of a market and then relentlessly moves up market, eventually displacing established competitors.”

Cloud computing initially took root with commodity products, such as compute and storage. Now, the cloud is disrupting everything from video conferencing to data analytics to WAN optimization.

This will be bad news for incumbents and large enterprises in 2014, since several barriers to entry for challengers are being removed. Bad news for the behemoths is, of course, good news for the mid-market.

“Because cloud-based solutions provide a lower cost of entry and don’t require skilled personnel to manage, these powerful solutions are particularly attractive for mid-market businesses,” said Ajit Gupta, CEO of Aryaka, a provider of cloud-based WAN optimization services. In the case of WAN optimization, a service such as Aryaka’s allows mid-market businesses to “effectively manage traffic across their entire network while delivering more predictable performance for users at any location.” That simply wasn’t possible a few years ago. Expect more complex technologies to be disrupted by cloud and then consumed by the masses, making it much harder in 2014 and beyond for incumbents to rest on their laurels.

IT still worries almost obsessively about cloud risks. This isn’t a knock on IT, since security always plays catch-up when new technologies come along. However, IT’s block-first mentality will start to change in 2014. Research from cloud security company Skyhigh Networks found that IT generally blocks what it knows (Facebook, YouTube, Netflix), rather than sites and services that pose the highest risks.

“This problem isn’t necessarily IT’s fault. There were no unified cloud security tools and no consistent policies in place to manage the security, compliance, governance, and legal risks of cloud services,” said Rajiv Gupta, founder and CEO at Skyhigh Networks. “Our cloud usage analytics suggest that enterprises are taking action on the popular cloud services they know of and not on the cloud services that they don’t know of and that pose the greatest risks to their organizations. Lack of visibility into cloud service use and risk seems to be the crux of the problem.”

Skyhigh Networks compiled data from more than 3 million users across more than 100 companies and found that IT commonly blocks services like Box (34% block it), a known service, but a low-risk one, while fewer than 1% block comparable services that are higher risk but lesser known.

The big change in 2014 will be that IT will become more strategic about the services it allows, as well as those it blocks. Risk will be the driver, and IT will need to start educating employees on why certain services are indeed blocked. If an employee wants to use a higher risk service, it will be IT’s job to direct them to a service like Box. Otherwise, employees will find workarounds, often simply shuttling data to their own devices before visiting the blocked sites, meaning that IT will have done little to mitigate risks if users don’t know what is risky and what is not.

Risk awareness will move to the forefront in 2014.

Even as digital security risks move to the foreground, this doesn’t mean all is well with cloud security. In fact, I’ve been noticing that the mistakes of the perimeter security model seem to be repeating in the cloud.

Remember how predictions 10 years ago forecast the end of point-product security? It never happened. The Balkanization of security is still a major problem, and while cloud computing could offer a way out of this trap, it hasn’t yet.

Enterprises that prioritize end-to-end protection and refuse to work with vendors who shun openness and interoperability will experience far fewer security headaches than those who repeat data center mistakes in the cloud.

In 2014, expect a few high-profile breaches that could have easily been prevented to shift the competitive balance in those industries. It’s been said numerous times that we’re in a trust-based economy (weren’t we always?), but trust will become an even more coveted commodity as businesses look for partners and suppliers who they can trust to not only be honest and fair, but who they can also trust to be competent.

Incompetence with security will come into focus as a major competitive disadvantage in 2014. This should benefit a few newer and smaller companies, since they won’t have as much legacy baggage to contend with as they shift more and more resources to the cloud.