A strategic partnership between two local firms has lifted revenue for both companies into the clouds. Zimcom, an Anderson Township web hosting and cloud services company, has been providing IT services for Computer Ease Construction Software of Green Township for a dozen years. Computer Ease sells software for the construction industry in the areas of accounting, job estimation and project management. 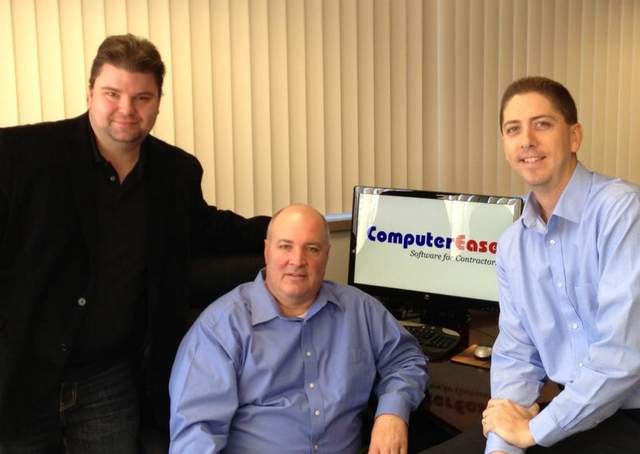 While the business partnership has been a relatively long one, the two firms formed a strategic relationship last year that has pushed sales for both firms dramatically upward over the past year.

Computer Ease president John Meibers reports a 250 percent increase of clients who subscribe to the construction software through the cloud from 2011 to 2012. He said he anticipates 2013 to be just as big.

According to Ask.com, cloud computing consists of hardware and software resources made available on the Internet as managed third-party services. These services typically provide access to advanced software applications and high-end networks of server computers.

Zimcom vice president Jason Huebner said cloud revenue at his company is up 35 percent in 2012 over 2011, primarily because businesses consumers have become more comfortable running their data and applications delivered as a service over the Internet.

Meibers said the strengths of ComputerEase lie in understanding the fields of construction and accounting, and the company has developed its software around that.

“Zimcom has the technology sales and marketing skills we need in a partnership to make our product successful,” he said. “I couldn’t ask for a more well-rounded company that understands what we are doing. To find a company like Zimcom in Cincinnati is like finding a hidden gem. This is a win-win for both of us.”

A year and a half ago, ComputerEase was providing the hosted version of its software for only five of its 6,000 customers. Once the company began offering the additional Computer Ease Cloud Solution, subscriptions skyrocketed to more than 300.