Close to two-fifths of organizations now run private clouds in one form or another, and one-fourth are using public cloud services in an enterprise capacity. Private clouds are being extended deeper into the organizations that have them — a majority expect to be running most of their workloads in the cloud within the next 12 months, especially Platform as a Service middleware.  In addition, close to one-third of public cloud users report they are employing hosted services to run their private clouds for them. 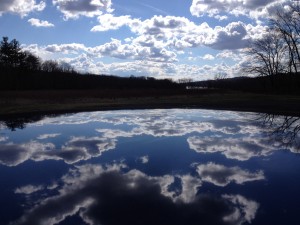 These are some of the findings of a new survey just published by Unisphere Research, a division of Information Today, Inc. The survey of 262 enterprise IT and data managers — most of whom are with the the Independent Oracle Users Group (IOUG), finds that cloud computing continues gaining
converts within the enterprise, and is pushing down deep roots within companies that have deployed the approach. I helped design and wrote the analysis for the survey, which was underwritten by Oracle.

There has been significant growth in adoption of platform as a service (PaaS) environments within private clouds, the survey finds. PaaS provides a common, sharable environment for middleware and databases from which developers and operations managers across the enterprise can quickly deploy new applications and services. Application server platform as a service is the top-ranked service, as cited by more than half of respondents. Adoption is up from two years ago, in the first survey conducted for this series—from 36% to 51%. Half also report they are overseeing database platform as a service projects, and this is up from 35% two years ago.

Skills and organizational issues are the greatest challenges for private cloud sites. When asked what may be holding back their cloud implementations, 37% of respondents say they are lacking expertise or knowledge, 35% say they are held back by funding issues, and 32% say gaining cross-organization support or participation is an issue.

There are a number of business benefits organizations expect to see from private cloud adoption. A majority, 61%, expect to save costs through consolidation/higher asset utilization. Another 44% see greater operational efficiencies as a result of their efforts. Elimination of duplication across the enterprise is an advantage seen by 43% of respondents.

Benefits seen from the use of public cloud services include the fact that there is mo need for data center, hardware, administration to fuss with (cited by 44% of SaaS adopters), the ability to rapidly  start applications (43%), scalability on demand (33%) and the fact there are little or no upfront costs (29%). Notably, a majority of public cloud users, 56%, also indicate that they have replaced at least some services or applications offered by respondents’ own IT departments. However, in only 6% of the cases have companies moved entirely to the cloud.

What these results tell us that private and public cloud adoption is still not pervasive in a majority of enterprises. However, where cloud has taken hold, it is growing deep roots, taking on more of the heavy lifting of enterprise computing.