At an event Wednesday at its I/O developer conference in San Francisco, the technology giant announced that its Compute Engine will now be available to any users, not only those who have Google Gold support. To make that possible with Compute Engine, which provides a high-performance, hosted environment for running virtual machines, it will be billed in instances as small as one minute to 10-minute increments, there will be shared core instances for low-intensity workloads, and advanced routing features have been added for creating gateways and VPN servers. 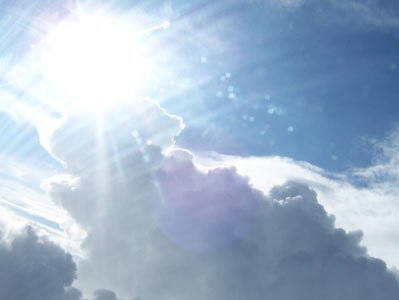 Additionally, large persistent disks will support up to 10 terabytes per volume, and the company said it has completed ISO 27001:2005 international security certification for Compute Engine, Google App Engine, and Google Cloud Storage.

‘All the Right Things’

Google also said that its App Engine platform, version 1.8.0, will now add limited preview support for the PHP programming language, one of the most commonly requested additions.

The 5-year-old App Engine currently supports Python, Java and Google’s Go. Google said PHP was being added so that developers could run open-source programs like WordPress. In order to ease the process of building modularized applications, App Engine will also now have the ability to partition apps  into components that have individual scaling, deployments, versioning and performance settings.

There is also a new Cloud Datastore service, a managed and schema-less storage for non-relational data . The company said the standalone service offers automatic scalability  and high availability, and provides such capabilities as ACID transactions, SQL-like queries and indexes.

Al Hilwa, program director for Application Development Software research at IDC, said Google “is doing all the right things to become a serious cloud  platform competitor.” He added that the company had previously “evolved App Engine rapidly enough” and now serious developers “will be watching how aggressively they move forward.”

Hilwa said AWS has been a leader in cloud environments for application development, and its “aggressive pace of adding new services and capabilities as well as the constant price-lowering really has set the benchmark in the industry,” with both Azure and Amazon having a head start in their ability to handle sizable workloads.

But it’s still early in the cloud services game for many enterprises, and Hilwa pointed out that “it is not too late” for Google to catch its rivals. One potentially popular move, Hilwa said, is the addition of PHP support, because PHP, like Java, remain “the most popular back-end workloads for enterprise  applications.”

Microsoft has recently been stepping up its game against AWS, such as announcing last month the general availability of Linux and Windows Server virtual machines on Azure and the official launch of Windows Azure Infrastructure Services. Azure Infrastructure-as-a-Service had been in preview since June of last year.

At the time of its announcement, Microsoft unveiled a commitment to match AWS prices for such commodity services as computing, storage and bandwidth. And, as a starter, the price match started with a 21 percent to 33 percent reduction on prices for Azure Virtual Machines and Cloud Services.