‘We are paying close attention to Twitter’s IPO,” says Aaron Levie, the 28-year-old co-founder and chief executive of Box, a Silicon Valley start-up that aims to fundamentally change the way companies work and break the stranglehold Microsoft and other traditional software makers have over corporate IT budgets. 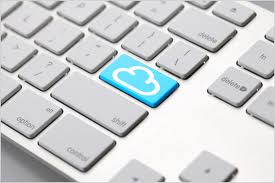 With news of Twitter’s forthcoming float still reverberating around Silicon Valley, he is by no means alone but has more reason than most to take an interest.

Wall Street is clamouring for new technology stocks, and Box is a leading candidate to become the next major debutant on the market. Its most recent private funding round valued it at US$1.2 billion ($1.4 billion).

Today, though, Levie is focused on his company’s products rather than delivering a return on the $309 million venture capitalists have poured into it, a significant total even by Silicon Valley’s munificent standards.

He is ringmaster at Boxworks 2013, Box’s third annual event for customers and developers.

Box is an online storage service. It aims to apply the lessons of simplicity and mobility from the consumer web to the problem of sharing and working on files within companies.

In technology parlance Box is a quintessential “cloud” service. Like the sales management service Salesforce, it transfers the hardware and software that would previously have done the job within a company to Box’s data centres, which serve up the capability to any computer, smartphone or tablet over the internet. It is a change with huge implications for the way business is done and for several technology giants that built empires on the old way of doing things.

Microsoft did not spend $7.6 billion to acquire Nokia’s mobile phone business because it wanted to sell gadgets, but because it has so far failed to secure a place for Windows and its associated applications in the new world.

“What we’re trying to do with Box is help businesses make the most of their information and help them manage data in a world that is mobile and cloud-driven,” says Levie. “Those windows of opportunity only open up once maybe every 15 or 20 years.”

During Levie’s keynote speech at Boxworks, Microsoft is the butt of most jokes.

He opens with topical industry gags, delivered with good comic timing and an extraordinary degree of self-possession, even for a Silicon Valley prodigy. Aides who worried he had too many jokes were dismissed with “Don’t worry, the jokes are my thing”. And indeed, the awkwardness in Mark Zuckerberg’s public appearances for Facebook is completely absent from Levie’s performance.

Persona aside, it is easy to draw comparisons between the two founders and their companies.

Like Zuckerberg, Levie soon dropped out of classes to concentrate on the business and moved to northern California.

Just as Facebook attracted early investment from an industry celebrity in the shape of the Napster founder, Sean Parker, Box’s first angel funding came from Mark Cuban, who made his billions with Broadcast.com in the dotcom boom.

Initially, Box was designed to be a service for everyday consumers, too. But by 2007, Levie and his co-founder, Dylan Smith, were concerned that they would be unable to compete with free online storage efforts from big brands. They abandoned the consumer market and decided to concentrate on serving corporate customers. “Six years ago we decided we did not want to be in the consumer business and it was going to be too hard to compete with Google, Microsoft and Apple on storage because those guys would be able to provide cheaper storage and more of it,” said Levie.

It proved a wise retreat. Box has evolved into a product that IT managers can monitor and control and has been taken up to varying degrees by almost all of America’s top 500 companies. Revenues are on track to top $100 million this year, although profit remains up to five years away.