Cloud computing expected to be a money-spinner for Amazon.com

Amazon Web Services, the division that supplies cloud-based computing and storage to other companies, is one of the internet retail company’s fastest-expanding businesses. Amazon doesn’t break out results for AWS, but Macquarie estimates the segment had $US2.1 billion of revenue last year and will make $US3.8 billion in 2013, an 81 per cent increase. In comparison, the consensus is for Amazon’s retail revenue to rise 25 per cent to $US73.6 billion. Admittedly, AWS is expanding off a small base. But there appears to be plenty of potential: Macquarie estimates the market for AWS will reach $US38 billion by 2015. 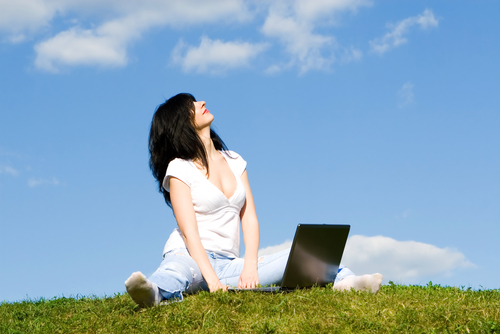 Users include Netflix, AirBnb, Spotify and Pinterest. AWS is useful to companies lacking the resources to build their own infrastructure or those wanting to test and develop new products without intensive upfront investment. Industries processing large amounts of data, such as pharmaceuticals, are another source of clients. And government agencies have signed on.

Revenue at AWS could reach $US15 billion to $US20 billion by the end of the decade, according to Sanford C. Bernstein. But achieving that requires substantial investment. Despite the division’s small revenue contribution, Bernstein estimates AWS accounted for 39 per cent of Amazon’s $US2.7 billion in capital expenditures in 2012. Amazon’s overall return on invested capital fell from 17.7 per cent in 2010 to 7.6 per cent in 2011, a large part of which the research firm attributed to the extra dollars being plowed into AWS.

Experience suggests the heady growth at AWS will start to slow once it reaches a certain scale, allowing investment to fall and operating margins to rise. The question is what that scale is.
Amazon says cloud computing is still in an early phase and views its adoption as a decades-long process. Chief Executive Jeff Bezos has said AWS can be at least as big as the company’s retail business. The timing for that is vague, though, and with good reason given retail makes an estimated $US20 of revenue for every dollar AWS makes.

To realise its ambition, Amazon plans to borrow from its retail strategy and combat rising competition from companies like Google and Rackspace Hosting largely on price. Amazon has cut prices 23 times since it rolled out AWS in 2006. It expects prices to continue to drop as technology evolves. Curiously, Amazon can afford to undercut competitors because of something often seen as a weakness: the company’s already razor-thin operating margin. This was just 1.8 per cent in 2011, compared with 32.2 per cent for Google and 12 per cent for Rackspace.

Bernstein estimates operating margins at AWS could exceed 25 per cent in the long term. All else being equal, therefore, expanding this business would raise Amazon’s overall margin. On that basis, investors should applaud the company’s efforts.

Over time, even those higher estimated margins for AWS could come under pressure, but there is clearly room to cut prices and raise the company average. And when it comes to waging a price war, there are few companies as experienced as Amazon.