If you thought this whole cloud thing was just a passing fad, you’d be wrong–at least according to the industry watchers at IDC, which this month made some pretty tall predictions concerning the size, scope, and growth of the cloud computing phenomenon. 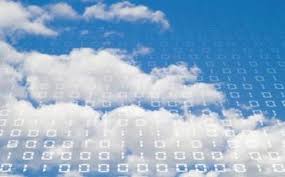 According to IDC, spending on public cloud computing (as opposed to private cloud services) will grow from $47.3 billion this year to $107 billion by 2017. That represents a 23.5 percent compound annual growth rate (CAGR), which is more than five times the rate of growth for the IT industry as a whole.

As the “3rd Platform” enters Chapter Two of its life, the big growth driver will shift from saving the IT department a few bucks by basically outsourcing the care and feeding of servers, to enabling startups to do new, interesting, and highly profitable things with cutting-edge clouds.

“Over the next several years, the primary driver for cloud adoption will shift from economics to innovation as leading-edge companies invest in cloud services as the foundation for new competitive offerings,” says Frank Gens, senior vice president and chief analyst at IDC.

The private cloud play will fall off in popularity as public cloud providers add virtual private cloud (VPC) services to address issues (like security concerns) that today either are driving organizations toward private cloud or keeping them out of the cloud altogether. IDC says VPCs combine the big benefits of public cloud infrastructures, including economics, scale, and pace of innovation, with the privacy and control features associated with private clouds.

As VPCs start to take over, the entire public cloud market will undergo a period of commoditization, and, presumably, consolidation. Successful cloud vendors will need to improve their offerings to differentiate themselves from providers of basic cloud services, such as infrastructure as a service (IaaS) offerings. IDC sees the competition driving cloud vendors “up and out” toward a bigger and broader population of customers.

The growth of public cloud services is expected to be phenomenal, accounting for 17 percent of all IT product spending and half of its growth by 2017. IDC segments the market into several groups, including IaaS, platform as a service (PaaS), software as a service (SaaS), servers, and basic storage.

SaaS will represent the biggest chunk of the overall public cloud market, but PaaS and IaaS will grow the fastest, with CAGRs of 29.7 percent and 27.2 percent, respectively. Most of the cloud revenues will end up in North America, although the continent’s share of the overall cloud market will drop from about 57 percent this year to about 44 percent in 2017, while Western Europe, Latin America, and Asia/Pacific pick up market share.