Cloud computing could easily save your start-up money

According to technology consultancy IDC and IT firm EMC, the global digital universe will expand tenfold between 2012 and 2020, reaching a difficult to comprehend 40 zettabytes. To put this into perspective, in 2009 the internet was estimated to contain just half a zettabyte. Even then, if that quantity of data were printed and bound into books, it would form a stack stretching between the Earth and Pluto ten times. 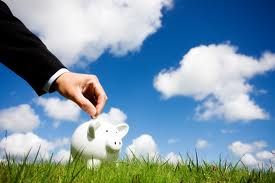 Some businesses are managing to leverage this trend for the own purposes. Famously, Amazon not only tracks what its customers buy, but what they look at, how they navigate its site, and how much they are influenced by promotions, reviews and page layouts. It has developed algorithms that predict products customers would like to buy. And these algorithms get better and better the more often they are used. Amazon’s trick has been to personalise the mounds of faceless data that gets thrown its way.

Amazon isn’t alone, and data manipulation is increasingly becoming part and parcel of doing business. Any firm with any kind of online presence now has to be smarter. Consequently, IT spending could weigh more heavily on the fixed costs of starting a firm. This is where increasingly sophisticated cloud computing comes in – effectively the delivery of IT infrastructure via the internet. Even the most unlikely start-up could benefit from this development.

Rackspace, an online storage company, commissioned research in alliance with Dr Brian Nicholson of Manchester Business School. It sought to unpick the savings associated with the cloud. According to its findings, cloud services could save the average business £225,000 a year. Although the figures are skewed towards larger firms with a larger spend, 83 per cent of companies identified savings using the cloud – with an average increase in profits of 22 per cent.

This, says Nicholson, is because the cloud makes “high-end computing resources available at the push of a button.” It’s a useful development – and the implications could be important. First, according to Andrew Montalenti, chief technology officer at Parsel.y, an online publisher, it could lead to savings on office costs. The ability to access and share data and programmes online means a firm can quickly expand and contract. Employees can work from home, from abroad, or from a serviced office, depending on internet connection. Second, early use of cloud could save money for investment elsewhere. There’s little empirical evidence on this, but according to Rackspace’s research, US companies are better at doing this than UK firms. Almost half plough cash saved through cloud into product and service innovation.

There are concerns. Data protection is vital. But the cloud is here to stay. If IDC is right, the amount of data touched by the cloud is only likely to increase.