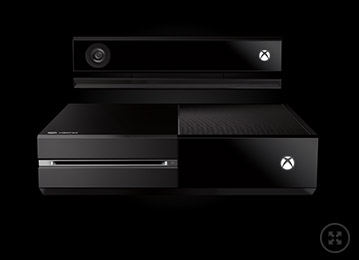 For starters, it will now be possible to play games on PS4 even if the downloading is not yet completed by using the effective streaming technology used in the next generation gaming console. Play station 4 developers can use the cloud computing technology efficiently to optimize the productivity during the development session. According to Sony, PS4 developers can offload the calculations and code to the cloud thus minimizing the remote calls to the API’s that decreased the throughput. Sony’s representative Shuhei Yoshida admitted that there is a limitation to what can be done on the cloud using the PS4 because of the bandwidth and latency issues but integration of cloud computing in the gaming console is being considered as a reality of a much touted and bragged concept.

The cloud based offload calculations and processing facility will allow the gamers to use the local console resources more easily. There will be no drainage of the space and console resources, any streaming issues or development time delays. Cloud computing in PS4 has enabled users to enjoy MMOs and other free games without the need of PlayStation Plus subscription and this is something that can easily be called as a great edge over the other gaming consoles. Cloud based sharing will allow the gamers to share their thrilling experiences, achievements and progresses on public forums like ustream, facebook and orkut via Cloud based network Gaikai. Cloud based streaming will facilitate the gamers to enjoy immersive core games via streaming with state of the art graphics and multiplayer experience.

Upcoming attractions include the much awaited PlayStation Cloud “Gaikai” which is likely to hit US in 2014. Gaikai will allow the gamers to stream or download the PS3 games and enjoy it on PS4. Gaikai’s proprietary network based on cloud computing will allow fast access to the acclaimed PS3 games without any lag and latency problems.

There is a neck to neck competition between the cloud computing performances of Microsoft’s Xbox one and Sony’s PS4. A lot more is yet to be revealed as far as the comparison between the cloud computing facilities with the two next generation gaming consoles is concerned. Microsoft has increased the back-end cloud servers from 15,000 to 300,000 which can give a befitting real time streaming of characters during the gaming sessions. Xbox One gives the facility to the developers to offload the computations but the fast internet connection is the pre-requisite. Although Xbox One has state of the art hardware that will elevate the speed of streaming, the quality of the Play station’s Cloud based network “Gaikai” is unmatched when it comes to streaming and remote access to resources.