The study of 1,300 executives, conducted by Rackspace Hosting with support from Manchester Business School in the UK, finds cloud engagements are delivering positive impacts, from cost savings to more innovation. Interestingly, the survey also reveals that most of these executives see cloud as laying the groundwork for the next entrepreneurial boom. 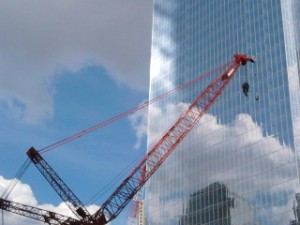 Sixty-two percent of respondents either agreed totally or somewhat with the statement that “cloud computing is a key factor in the recent boom of entrepreneurs and start-ups,” the survey finds. Twenty-five percent agreed strongly with this idea.

Many respondents are speaking from experience – 43 percent of the group, in fact, say their businesses were launched just within the past three years. A majority of respondents with startups in the survey, 52 percent, said they would have not have been able to afford on-premises IT resources, or would have had difficulty acquiring computer systems, if it weren’t for cloud computing. In fact, 43 percent say the availability of cloud-based resources has made it “a lot easier” to set up their businesses.

Close to half, 49 percent, say that cloud computing has helped their organizations to compete with larger companies.

Cloud computing is the foundation of what The New York Times’ Tom Friedman called the “DIY (do it yourself) economy, and this survey supports that notion.  As I mentioned in my first Forbes post back in September 2011, cloud computing may be a shot in the arm our economy needs, because it enables entrepreneurs and innovators to start up new ventures with minimal capital requirements — most of what they need is now available as online services, sometimes at no cost. As we ponder unemployment and underemployment in our economy, the availability of cheap cloud computing may be laying the groundwork for a startup boom, the likes we have never seen before. This applies to departments of larger organizations as well — designing new products, without the need to go through corporate finance and IT approvals definitely is a great way to instill entrepreneurial spirit.

The result is we’ll see more extremely lightweight businesses on the scene, powered by applications running in someone else’s data center.

A word of caution is in order, however. As the Rackspace-Manchester survey was funded by a cloud provider, there’s likely to be built-in bias toward the positive effects of cloud. To illustrate this point, a recent survey by the vendor-neutral Open Group finds that many executives are losing their confidence in predicting ROI from cloud engagements.

Nevertheless, the overwhelmingly positive reports of cloud benefits do show that there’s a powerful value proposition for small businesses and startups. What about larger, more established organizations?

The benefits are seen in their IT budgets – two thirds (66 percent) of organizations who use private or public cloud services feel that cloud computing has reduced their IT costs, with almost six in ten (58 percent) reporting that cost savings through avoiding IT infrastructure is a benefit of cloud computing.

Of those organizations that say cloud computing has reduced their IT costs, the reduction has been by an average of 23 percent. Given their average overall IT spend, this saving amounts to an average of close to $500,000 by using cloud providers.