Cloud computing remained the main force for change for V3‘s readership of IT professionals, with four-fifths of voters in our end of 2013 poll citing the cloud as having had the most impact on business technology over the last 12 months. 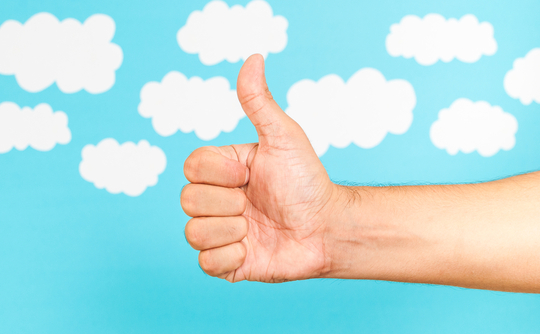 Off-site services dominated proceedings, receiving 78 percent of the vote. In recent years cloud has become a ubiquitous term for all off-premises services which cover almost every element of the business technology landscape, so it is no surprise IT chiefs continue to rate its significance.

Issues surrounding cost and security, which have so often been the key reasons to avoid cloud computing, are beginning to fade away as data centres powering cloud services become ever more efficient and even governments begin to take some of their private data off-site.

More than $100bn will be spent on cloud computing services in 2014, according to IDC, making up five percent of the predicted global IT spend of $20tn, further proving its worth.

Trailing behind cloud computing in our poll is big data. While its eight percent share of the vote is small, the implications for big data – a term only coined in the last decade and only finding widespread usage in the past two years – are considerable. While smaller businesses may still have very limited need for huge-scale databases and data warehousing services, bigger firms are beginning to feel the squeeze: an abundance of data coupled with a lack of hardware, personnel and cash all contribute to worries that they are falling behind their rivals’ big data strategies and ability to stay competitive.

Elsewhere, the PRISM scandal garnered just five percent of the vote, suggesting that IT managers are not feeling pressure to change their security practices in spite of the apparent wholesale collection of private user data by government agencies.

Bring your own device (BYOD) did not pose a challenge either, with four percent of readers choosing it as their most significant business technology trend.

V3 readers were also seemingly unfazed by the notion of the “death of the PC”, with only two percent saying it played a significant part in the world of business technology last year. 4G was similarly ignored, showing that high-speed mobile data has some way to go before it has an impact on UK businesses.