Cisco system teams up with VMware and Citrix to integrate their cloud computing based technology into the Cisco Unified Computing Systems (UCS) for developing a virtual desktop service. This targeted market for this service will be both the cloud providers and enterprises. 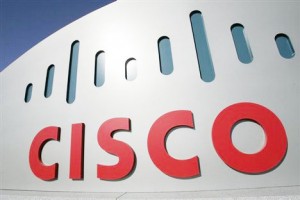 It was further elaborated that the Cisco DaaS service would be highly secure and industry grade robust, in terms of its availability, reliability and consistency. Cisco is offering two versions of this DaaS service – one is based on the VMware’s Desktone Virtual Desktop technology and the other one is based on the virtual desktop technology of Citrix.

Explaining about the technical features of these services, the vice president of engineering at Cisco Systems, Satinder Sethi said, “ As many as 252 virtual desktops can be offered on a single UCS blade server and supports 3D graphics. Many other features through solution accelerator packs will also be available with this service. While talking about the commercial benefits and prospects, Mr. Sethi said, “Many organizations are looking for ways to achieve the benefits of desktop Virtualization without the need to install and maintain equipment or make capital investments – and for cloud service providers, the solution will help them achieve rapid time-to-market while economically scaling their business”

The DaaS loud computing based service of Cisco systems will allow the customers to access desktops, data and apps from anywhere and at any time. It will be highly secure, reliable and pay as you use model of expense. This is highly scalable and cost efficient, which will be able to eliminate the upfront cost of having on-premises equipment for using VDI services.

It is very imperative that AWS has also announced its VDI solutions in limited preview phase last month. Thus, the VDI market is going to see a new height of competition in very near future.