IDC estimates that global private cloud spending was $5.5 billion 2012, compared to $40 billion being spent on public clouds. IDC’s prediction of private cloud spending for this year of $9.1 billion is a 64 percent over 2012.  By 2016, they expect that annual spending for private clouds will exceed $24 billion with roughly a compound annual growth rate of 50 percent from 2011 to 2016.  IDC’s forecast comes on the heels of Gartner’s recent Cloud Computing predictions. 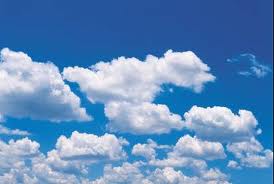 The huge growth in the private cloud market comes as businesses increasingly favor that approach over public cloud options.  Robert Mahowald, Research Vice President, SaaS and Cloud Services at IDC, said that ”IDC anticipates that virtual private cloud will be the predominant operational model for companies wanting to take advantage of the speed and lower capital costs associated with cloud computing while cloud service providers will welcome the move away from the expense of dedicated 1:1 physical systems for delivering their business process and datacenter outsourcing and other services.”

On vendor cloud strategies, Mahowald said that “not even the largest technology incumbents can sustain IT market leadership without achieving leadership in cloud services. Quite simply, vendor failure in cloud services will mean stagnation.  Vendors need to be doing everything they can – today – to develop a full range of competitive cloud offerings and operating models optimized around those offerings.”