As cloud computing continues to grow, technology managers at many midsize companies are having a difficult time navigating complicated data protection policies internationally and domestically, which is prompting calls for action among IT professionals charged with moving data around the globe. 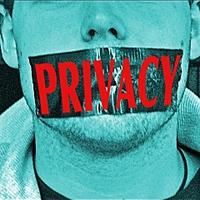 The major concerns that are fueling the regulatory climate involving cloud data storage are privacy and security. Everyone seems to be affected by this, including individuals, companies and government agencies. Government agencies will be responding to invested parties on all sides, as is usual, but it is not clear whether government bodies will apply policies most favorably for small and midsize business interests.

Economics are certainly a factor in the application of technology, and developing nations are not on par with security and privacy, so their policies will reflect a slower form of adaptation to this data-driven marketplace. The International Association of Privacy Professionals (IAPP) stated that poorer countries will need more privacy laws as they adapt to these new technologies.

The 2013 Information Economy Report of the United Nations Conference on Trade and Development suggests that developing nations will struggle with legal, technological and infrastructure challenges. They will likely face even more challenges trying to protect data. Access to broadband services are still expensive in these countries. Those in developed countries, by contrast, spend less than 2 percent per capita income.

Data protection laws in North America and other developed regions are aging and are being scrutinized by policymakers for review. However, the challenge will be for CIOs and other IT professionals to connect with and promote policies that make sense and work.

According to InformationWeek, the tangled, existing data policies are creating issues for technology managers trying to navigate procedural context within the cloud. Wyatt Kash, reporting on government, stated that these complicated regulations regarding data use and mobility actually conflict with free trade agreements with which only high-level government officials have authority to tinker. Technology professionals rarely rub elbows with these folks, so getting to an immediate solution seems improbable.

Some are arguing that certain types of data need to be stored domestically. Does this mean that they are more or less secure? According to critics, data policy is not that simple. Many providers and businesses using the cloud also worry about protecting customer data from governments or civil regulators whose laws and policies are outdated by IT operating standards. Consider the Electronic Communications Privacy Act (ECPA), which is already nearly 30 years old.

A Call to Action among IT Professionals

The Information Technology and Innovation Foundation (ITIF) is leading the way to form a “Geneva Convention” of sorts to figure out the most manageable way to implement policies that protect data and privacy without stifling the efficiency and innovation that cloud services promote and develop.

They have taken a position to oppose what they call “data nationalism.” This position asserts that national governments ought not to implement policies for domestic storage under the influence of the idea that it is safer to do so.

Many providers are nursing the idea of uniformity within policies in developed nations because a lack of uniform policy makes it difficult to negotiate contract terms. IT managers also prefer this uniformity for simplifying procedures with sensitive cloud data.