Fifty percent of organizations will spend more on IT in 2014, investing heavily in public and private cloud-enabling technologies like infrastructure and virtualization, according to a survey of 1,000 IT professionals. 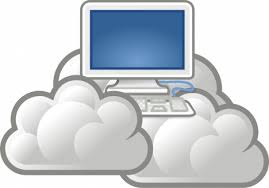 However, half of all respondents participating in cloud initiatives within their organizations need more education on the technology and note their current skillsets do not adequately prepare them to do their jobs well in the coming year.

The survey, conducted by next generation IT monitoring software provider ScienceLogic, found that lack of education is not the only headache employees will face in the coming year. While IT spend is increasing in 2014, survey results reveal a lack of industry investment in employees, with 40 percent of respondents confirming they would make the same or less money year-over-year in 2014.

“Cloud computing is at the top of every CIO’s agenda, but it’s clear that many employees do not feel confident managing the new IT environment,” said Antonio Piraino, CTO, ScienceLogic. “There is hope, however, in automated IT monitoring solutions, which not only help companies do more with less and proactively detect IT issues, but also aid in getting staff up to speed on cloud technologies. As a result, employees are more secure in their jobs, and employers don’t have to worry about losing valuable talent due to a lack of skills.”

Other key survey highlights include:

About ScienceLogic
ScienceLogic delivers the next generation IT monitoring platform for the network of everything. Over 15,000 global Service Providers, enterprises, and government organizations rely on ScienceLogic every day to significantly enhance their IT operations. More than 1,000 dynamic management Apps included in the platform enable our customers to intelligently maximize efficiency, optimize operations, and ensure business continuity. We deliver the scale, security, automation, and resiliency necessary to simplify the ever-expanding task of managing resources, services, and applications that are in constant motion.