December 2013 will mark an important page in the history of China’s cloud computing industry, first with IBM announcing a partnership with 21Vianet Group to introduce its top cloud computing basic structure into the nation, followed by Amazon introducing its public cloud computing service to the mainland, Sina’s tech.sina.com.cn reports. 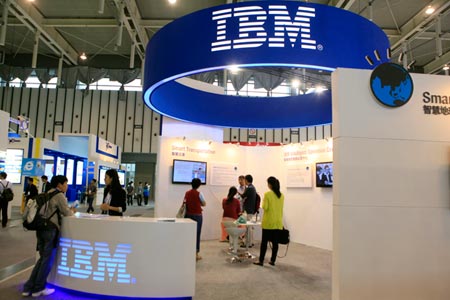 Due to the restrictions related to laws and supervision, overseas public cloud computing service firms such as Microsoft, IBM and Amazon have to cooperate with local companies to enter China, affecting the speed of their development in the nation. Microsoft on May 22 this year first announced its cooperation with 21Vianet, followed by IBM’s partnership with Capital Online on July 31, and IBM’s further deal with 21Vianet this month.

Sina’s reporter conducted his own survey and found that what users are most concerned with is not the technology but rather the content such as filing and other management areas. To cope with supervision requests in China, overseas cloud computer leaders have to compromise in order to compete with their local counterparts and give up some of their expertise, casting doubts over their chance of success, the report said.

The entrance by Tianyi Cloud and Tencent Cloud over the past year has totally changed the nation’s cloud computing market, formerly dominated by Ali Cloud, dividing the market between the three leaders and giving more competitive price benefits to end users.

So far, Tianyi Cloud, which is a unit of the state-owned China Telecom, is leading the way in serving state-run enterprises because of their long-term partnership, leaving few opportunities for Ali Cloud and Tencent Cloud in this field.

The market for individuals and small and medium businesses will be the major battleground and the most uncertain for the three market leaders in 2014. Tianyi since September has actively launched a series of promotions aimed at this sector of the market. Tianyi Cloud has the advantage of its client service system and security over its product function.

Ali Cloud, to judge from its recent promotions, seems to be focusing on the large corporate client market to challenge Tianyi Cloud, rather than its previous focus on small and medium businesses. Tencent Cloud meanwhile is backed up by Tencent’s unique social ecosystem and strong back-office systems.

Each of the three players has its own stremgths, but what’s for sure is that their intensified competition will benefit the consumer, the report said.