Although cloud applications have been hailed by many organizations, a lack of tighter integration between apps continues to hold back adoption.

Application vendors continue to try and bring about the next phase of integration to win over enterprise customers. This month, Box unveiled Box Embed, a framework that will allow customers to access files from within the dashboard of other cloud apps. Similarly, Nubera launched CloudWork, an app integration service, to pair with its cloud application store. 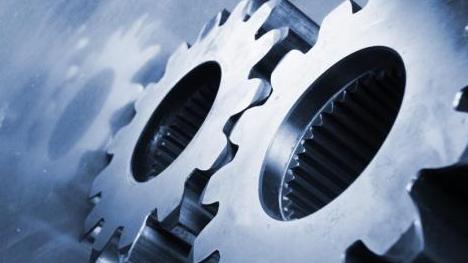 According to a recent survey of IT pros by Dimensional Research, 67% of respondents said integrating data between applications was their biggest concern after security and identity. Part of the concerns around data was due to vendor lock-in and having that data trapped in a silo.

“Until we got our apps talking to each other we’d have no easy way of getting data out of a Google spreadsheet to turn it into a beautiful chart or something for our customers,” said Roger Kondrat, founder of West17Media, a digital agency based in Calgary, Alberta, whose application environment is entirely cloud-based.

Moving to an environment where the company’s data flows between cloud apps has not only created better work efficiency for employees, but it has also created peace of mind from not being tied into one Software as a Service platform such as Salesforce.com, Kondrat said.

Other IT pros agree that if an organization embraces SaaS apps, it must plan to integrate those apps with one another.

“If you’ve moved everything to the cloud, guess what, you might as well have an integration tool as well,” said Patrick Harding, CTO of Ping Identity, an identity management vendor based in Denver, Colo. “Large enterprises will have on-premises applications too, so for them, going to cloud apps just adds to the complexity because you have to integrate not only cloud app to cloud app, but also those apps to SAP or Oracle.”

Ping Identity has transitioned its applications to a majority of SaaS apps over the last few years. Once they address initial problems of security and identity, the final step for adopting cloud apps is to make them interact with one another, which is necessary for IT to deliver a better end-user experience.

“They are relatively painless to use without integration, but doing so is the last mile for getting all the benefits SaaS applications promise,” Harding said.

Through the CloudWork beta program, West17Media was able to set up approximately 30 integration points to automate a myriad of necessary workflows and data entry points.

“We wouldn’t have been able to do those integrations by ourselves because of the time and money required,” Kondrat said. “Basecamp, our CRM, is one of the simpler-to-use apps out there, but it was still too manual, required too many steps and too much clicking for entering data.”

As a result, his employees weren’t really using the licensed CRM product at all until his organization created tighter integration with other cloud applications, such as Dropbox, Google Apps and MailChimp.

The difficulty of integrating apps

The skills required and amount of work to build integrations in-house can be too much for even well-staffed IT departments, said Jeff Kaplan, founder of THINKStrategies, an enterprise IT cloud consulting firm based in Wellesley, Mass.

“There is tremendous opportunity for third-party system integrators because vendors have to also build a sufficient number of APIs [application programming interfaces] and pre-configured connectors, and have the business prowess to establish working relationships with other vendors,” he said.

Integration of cloud applications has always been easier than the on-premises application world because of APIs and other existing standards, but whatever vendors can do to add pre-integration into their services will help remove any friction and barriers to enterprise adoption, Kaplan said.

“We probably saved thousands of dollars just in man-hours alone by using CloudWork,” Kondrat said, which was important for the small shop. “That’s money we can use to try and buy other apps.”

Since many IT departments don’t have the time or resources to build application integrations between SaaS apps themselves, and because third-party integration can also be expensive, it has fallen to the vendors to package pre-built integrations into its services. Many of them are realizing the business value of breaking down silos and making it as easy as possible for organizations to sign up for a service and hook it into something else, Kaplan said.

“The functionality of what we do is important, but putting our product where people work and use mission-critical applications is just as important,” said Greta Roberts, founder and CEO of Talent Analytics Corp., a talent evaluation vendor based in Cambridge, Mass.

The company posted its standalone employee and performance evaluation tool into Salesforce.com in mid-October, and Roberts said the platform doesn’t matter so much as making the integration of its tool into other SaaS apps as effortless as possible for organizations.

Cloud service providers such as Bluewolf Inc., Cloud Sherpas, Cloud Technology Partners Inc., and a myriad of others, including Informatica Corp., are making application integration readily available for organizations even as SaaS vendors are still working towards this.

CloudWork is a subscription service that connects data across an initial 10 cloud apps via existing APIs, including Google Apps, Zoho, Dropbox, Zendesk, Freshbooks, Evernote and Twitter. The company said it’s currently working with vendors featured in GetApp, its cloud app marketplace, to rollout new integrations for the beginning of 2013.

CloudWork comes with pre-built configurations and connectors for common integration uses that include seamlessly sharing contact information between email and a CRM app. Users have the ability to tweak the recipes or create their own based on their specific needs.

Box, the fast-growing enterprise cloud storage- and file-syncing service with some 14 million customers, has devoted 2012 to becoming a cross-platform file system for cloud-based enterprises. Its OneCloud platform just added another 100 application partners and the Box Embed platform, which launched during its partner conference at the end of October, and is a free feature upgrade for existing customers.

Instead of having to log into Box to access files, IT departments can use an HTML5 iframe code to drop an instance of Box within other applications. Then, they just need to establish a few connections between the applications and users to ensure the correct data is being accessed. NetSuite and SugarCRM are the first two applications to support it, with another eight applications offering integration at the beginning of 2013.