Cloud and Big Data transform how we live and work

loud computing and Big Data are transforming how we live and work, according to Bob Savage, vice president and managing director, EMC Centre of Excellence speaking at the Irish Technology Leadership Group (ITLG) in Cork. EMC predicts that big data will revolutionise how organisations operate and scale, as well as combat complex cyberthreats, all enabled by an agile cloud environment. Savage argues that big data’s potential goes far beyond traditional rear-view business intelligence. “Big data can reveal patterns in near real time to facilitate making a quantum leap from incremental improvement to predictive business processes and even entirely new business models. 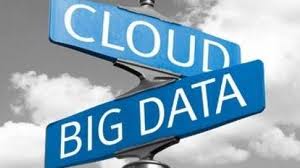 When coupled with the cloud model, which slashes organisations’ capital and operating costs, big data can transform the business environment. It can uncover opportunities for growth that would otherwise remain hidden,” said Savage.

Big data will soon be part of every sector of the global economy, according to EMC, as organisations try to capitalise on the wealth of historic and real-time information generated through sensory devices, supply chains, production processes and customer behaviour.

The proliferation of devices such as PCs and smart phones, increased internet access in emerging markets, and the growth in data from machines such as surveillance cameras or smart meters has contributed to the doubling of the amount of digital information in the world in the past two years, according to a recent IDC Digital Universe study, sponsored by EMC. By 2020, IDC estimates that the digital universe will reach 40 zetabytes, or 57 times the amount of all the grains of sand on all the beaches on earth.

“The growth in information is creating opportunities for organisations to generate individual-specific profiles, uncovering patterns to produce business and public policy insights. For example, retailers such as supermarkets and high-street stores are routinely collating social network information, blog content and analyst research – as well as demographics – in order to crunch it all together and identify crucial trends and correlations to customer loyalty. Executive leadership is vital in driving a culture of change for the way information is seen, managed and exploited in Irish businesses. Ireland’s enterprise sector should give serious consideration to the potential of a big data programme, assigning the resources and driving the conversations needed to shift the mindset of the business from retrospective analysis and forecasting to real-time, forward-looking insight,” said Savage.