Only 22.2 percent have adopted cloud technology to a moderate or extensive degree, with half of Asian cities surveyed pointing to upfront costs as the main reason why they have not deployed cloud more widely. 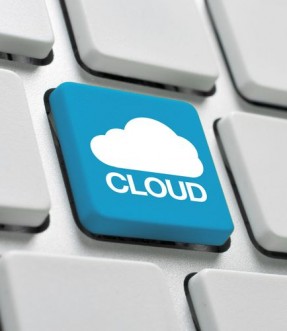 Another 34 percent cited the lack of a strong business case as a barrier, while 28 percent noted the risks of cloud computing, according to a joint study conducted by Microsoft Asia-Pacific and CityNet.

CityNet comprises a network of more than 130 cities and organizations that aim to build sustainable urban development in the region. In December 2013, it acquired OpenNet, which is Singapore’s NetCo responsible for building and operating the national broadband network.

The survey polled 38 senior city officials from 37 cities across the region with a combined population of more than 71 million, and of various sizes including megacities with more than 20 million such as Mumbai and smaller cities with some 100,000 citizens such as Nepal. Both developed and developing economies participated in the study including Japan, South Korea, Bangladesh, and Cambodia.

Asked what they deemed to be biggest barriers of cloud, 60 percent of respondents pointed to data security while 47 percent cited insufficient budget and another 44 percent said legal and compliance requirements.

Despite the hesitation in adopting cloud, more than 80 percent believed the technology could offer various benefits for Asian cities such as improving communication between city departments and the deployment of e-government services, reducing labor costs, enhancing disaster recovery, and generating eco-friendly footprints.

Stefan Sjöström, Microsoft’s vice president for public sector, said in the report released Tuesday: “With the study discovering that only slightly more than a third of cities were very confident that they have all the right information to make decisions on cloud computing, it is unsurprising that several myths about the cloud continue to be perpetuated.

“In particular, the upfront costs of cloud adoption tend to be lower as it utilizes a pay-as-you-go model and does away with physical infrastructure costs.”

CityNet Secretary-General Vijay Jagannathan noted: “If you look at the kind of challenges cities in Asia are facing, you can put them into three categories: providing reliable services, ensuring equity such that everyone gets access to these services, and environmental sustainability.”

To resolve these challenges, cities need a common platform to integrate performance indicators and measure performance, Jagannathan said, adding that cloud provides the infrastructure to support this.