Only a quarter of CFOs are planning to move into cloud accounting in the next five years, according to a survey from chartered accountant firm William Buck. 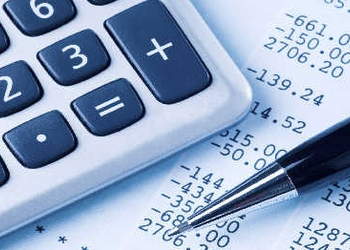 The survey, which covered CFOs in Australia and New Zealand, painted a cautious picture of cloud adoption among the accountancy sector. 12% of firms currently use cloud accounting, with a huge 64% saying they’re not looking at moving into the cloud by 2018.

“While the cloud accounting media drum has been beating for some time, many CFOs are still cautious about the new technology and are hesitant to move away from the tools that they have been using for decades,” the William Buck report notes.

Education on the benefits of cloud accounting is therefore key, according to the report.

The primary benefits of cloud accounting are increased flexibility, streamlined workflow and reduced software expenses, as the CFOs surveyed pointed out.

Other areas of growth include increased flexibility or mobility, reduced personnel expenses, and better integration with existing applications, according to respondents.

Interestingly, and perhaps not surprisingly, 56% of CFOs would consult their IT manager before implementing a cloud accounting solution. Only 17% would ask their accountant.

With these less-than-convincing figures on adoption, it’s not surprising that there’s a section on scepticism in the report too. The biggest challenges are integration with other applications – also noted as a plus point – and security, with 62% of respondents describing it as either an above average or a substantial challenge.

The report cites IBM as a company which has “understood the importance of data security and have gone to significant lengths to ensure the integrity and reliability of the data storage houses that they are using”. With IBM announcing a further 15 data centres as part of its 2014 expansion plan last week, this is a prescient statement.

There were also more interesting figures to note here – cost was certainly seen as an issue, but not one of pressing importance – fewer than 10% went for the worst case scenario option, but 40% called it a moderate challenge. Similarly, the challenge of extracting relevant information was described as minimal by over 40% of those polled.

One might expect the report’s conclusion to be rabble-rousing or didactic; instead it’s more conciliatory and realistic.

“The reality is that the tools available through cloud accounting are, in themselves, not revolutionary concepts,” William Buck notes. “Rather, they are the natural progression of the advances seen in accounting software which have become increasingly integrated over the last 20 years.

“The difference is that today we are in a position to access these tools in a more efficient and effective manner.