A number of major cloud industry leaders including Transverse, Leostream and market giant Cisco announced aggressive cloud-based campaigns which is likely to beef up the race for cloud supremacy. 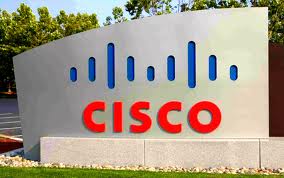 As a result of the partnership, subscribers of Rackspace public cloud product portfolio would get to enjoy cutting-edge products like TRACT from Tranverse, the gold-standard cloud billing platform dedicated to subscription management and AR automation.

Transverse, with its real-time ranking and pricing engine for business intelligence regarding customer usage has already been hailed by companies for helping them with streamlining their operations, and the recent move would surely boost their business and generate more interest in the cloud.

“With HP Cloud Services we are able to reinforce our vision of providing customers with the affordable and quick-to-implement hosted desktops that they demand,” he added.

Now, users would be able to connect to any cloud desktop from almost all end-point devices with network connectivity, which includes laptops, Androids, Chromebooks as well as Apple mobile devices.

However, the news of the day came from Cisco, the world’s leading networking solution provider, who announced the introduction of a new partner certificate aimed at managing the ever-growing cloud technology and its usage.

“For years and years, our partners, and partners in general, meaning the entire reseller business for IT, has really focused on the IT department, or the CIO- or CTO-led organizations,” said Tejas Vashi, director of product management at Cisco, in an interview with CRN.

“Traditionally, that’s where our field and our partners have been really focused. But now, with this shift in spending, and the lines of business becoming more and more relevant in the decision-making … they need to have a better understanding of these requirements for these customers,” he further said.

According to Vashi, this paradigm shift is fueled mostly by the cloud and similar emerging technologies which allow end users to use self-service models and depend less on IT.

The director insisted that industry research hints this shift is likely to accelerate faster, with line-of-business managers estimated to impact as much as over 80 percent of all IT purchase decisions in organizations over the coming year and a half.