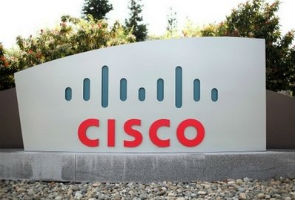 Meraki Inc. is based in San Francisco and also has offices in New York, London and Mexico. The privately held company was founded in 2006 by members of MIT’s Laboratory for Computer Science. Meraki technology offers customers Wi-Fi, switching, security and mobile device management centrally managed from the cloud.

Meraki will form Cisco’s new Cloud Networking group, led by Meraki CEO Sanjit Biswas. The company said on its website it had originally planned to remain independent and go public, but joining Cisco will help it achieve its goal of hitting $1 billion in revenue a year.

Rob Soderbery, senior vice president, Cisco Enterprise Networking Group, said in a statement, “Meraki’s solution was built from the ground up optimized for cloud, with tremendous scale, and is already in use by thousands of customers to manage hundreds of thousands of devices.”

Cisco, based in San Jose, Calif., expects the acquisition to close in its second fiscal quarter ending in January. The $1.2 billion purchase price includes cash and retention-based incentives.