As cloud computing continues to evolve, the relationship between the network and virtual machine software is starting to fuse. Case in point is a series of new offerings announced today by Cisco that includes the Cisco Nexus 1000V InterCloud for tying enterprise networks more closely to third-party cloud service providers, in addition to a new Cisco Nexus 6000 Series Switch that Cisco says is now the industry’s highest-density 40 Gigabit Layer2/Layer 3 fixed switch and an extensible programmable controller that makes it simpler to extend and scale policies across an extended network. 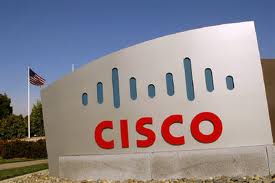 According to Craig Huitema, director of data center and cloud network management for Cisco, while IT organizations now live in a world that consists of many clouds, they need to be able to consistently apply policies. At the same time, if a cloud service provider expects a customer to use its service, it has to find a way to seamlessly participate in that network.

Cisco also announced today two versions of the Cisco Nexus 6000 Series Switches, which Huitema says offer three times the port density of competitors. The Nexus 6004, for example, can be configured with 384 10GbE ports or 96 40GbE ports. In total, Huitema says the Cisco 6004 can support up to 75,000 virtual machines on a single switch.

In addition, Cisco unveiled a new version of the Cisco ONE Software Controller, which is intended to make the network programmable. It supports Java and RESTful API alongside both proprietary Cisco and emerging industry-standard OpenFlow agents. Huitema says the goal is to be able to manage an extended network of cloud applications running on top of a Cisco software-defined network (SDN) using, for example, an OpenStack-compatible management application.