Cloud computing has become the all-purpose buzzword of business computing — it can mean pretty much whatever you want it to mean, but every product better have some cloud in it. Networking giant Cisco has totally bought in to the concept, but a couple of top execs also described what they see as limits on how far pure cloud computing will spread. 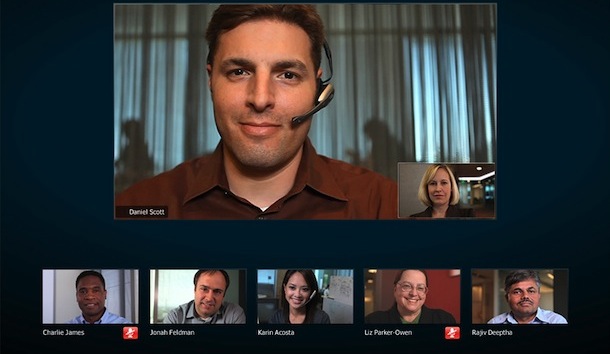 The Plumbing Behind The Cloud

Instead of just offering its own products on a hosted basis, Cisco’s approach is to work with telecom carriers, large enterprises and resellers to help them offer collaboration-and-communication-as-a-service.

The idea, Sitaram said, is to leverage Cisco’s partners to provide services without having to become a carrier itself — which is a daunting, heavily regulated proposition in many parts of the world. “We don’t want to be in the carrier business, but we do want to provide services through partners.”

That may not gibe with most people’s definition of cloud computing, but according to Sitaram, many customers still demand more control over their services, either because they’re in a highly sensitive industry like the military, health care or financial services, or because they’re in emerging markets with restrictive regulations and unreliable public infrastructure.

“It’s not easy to deliver cloud-based services” to countries like China, India, Russia and South America, Sitaram said, “especially from the United States.” Besides, “the cloud isn’t just Facebook and Salesforce,” Sitaram added. “If you peel the onion, there are just so many nuances.”

When Is The Cloud Not The Cloud?

Nuances or not, earlier this month, I noted that Oracle’s Larry Ellison Has Some Strange Ideas About Cloud Computing. Cisco’s use of “cloud computing” in this context reminded me of Ellison’s Oracle Private Cloud oxymoron, but Sitaram said the Private Cloud version of WebEx retained the service’s “quasi-multi-tenant” cloud-based architecture and still offered end-users a subscription based experience. Well, if he says so, but putting your stuff in the customer’s data center still ain’t what I call “cloud.”

Ironically, that may be the point. “Some countries and businesses, they will never go to [Software-as-a-Service]-based clouds,” Sataram said.

So how far will cloud computing go? “There’s going to be a world of many clouds,” Tucker predicted. Most things will go into the cloud, but many may not. “Many companies want to be their own cloud providers to their workers – but using a cloud model with self-service and pay-as-you-go pricing… the consumer could be an employee.”

When I tried to pin down Tucker on exactly how far he thought cloud adoption would go, Tucker guessed 60% cloud, 40% on premeses. That seems low to me. After all, once the utilities started providing cheap, reliable power, how many customers still wanted to generate their own electricity?