One of the most powerful organisations in the Western world is putting its money on cloud computing this year. Long rumoured reports of the US Government’s Central Intelligence Agency, better known as the CIA, seeking to land a deal with a major Internet giant have been all but confirmed. 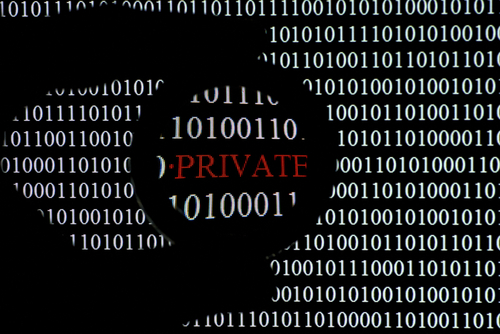 So what’s the deal with the spooks and the nerds ganging together and what does it all mean? Conspiracy theorists and Communists, listen up because the CIA just got more tech-savvy than ever. And that’s saying something.

The CIA collects data. That’s what it does. Some data is more interesting than others, some gets captured in the shutter-flash of a second and some takes hours, days or even years to compile. Yet whatever form it takes, data and overwhelmingly computer-based information is crucial to fighting all the baddies (or goodies, depending whose side you are really on). Now the gathering of data for the world’s best known intelligence agency is even more accessible and organised, reportedly thanks to Amazon.

Amazon, I hear you say? The giant cuddly tax-dodging provider of all things Christmas? That’s right. Amazon also sells web-based products and services and is one of the world leaders in this field. The giant corporation may have beaten rivals, most notably IBM, to the punch in agreeing a contract with the CIA for investing more than a few hundred million dollars into cloud computing. The agency has reportedly requested that Amazon create for them a parallel cloud which reflects the efficiency of the public services they sell, but is modelled to a bespoke and (obviously) private framework which is secure and fit for the purpose of protecting US national security.

So what is cloud computing? This is really kind of a slang term for a type of Internet-based infrastructure. It essentially joins lots of computers up, allowing programs, applications and files to be run on multiple computers simultaneously. The concept of a private ‘cloud’ basically means having your whole organisation interacting virtually on a server, often with specialised software, storage space or applications. This is kept under wraps and away from the rest of the Web, unlike public clouds such as Apple’s iCloud, which anyone with an Apple device can join or access. Private clouds are good for saving cash within organisations and bring online previously unwieldy processes and information-sharing, but can be more open to infiltration. Although it’s unlikely that the CIA will have anything less than the most sophisticated technology designed to prevent this.

The contract is thought to be moving into place for at least four years, although the tight-lipped CIA are not about to discuss this. IBM has reportedly been a little miffed about the prospect of Amazon taking up the deal indefinitely when it first came about, even though their service was far more expensive to purchase. They have been enlisting the support of the Government Accountability Office in challenging the CIA to re-list their offer and to set any contract as time-limited rather than continuously rolling. Therefore, the issue as it stands today sees the CIA with rapped knuckles, re-bidding like a weary Ebay seller for the right IT guy.

Although silence still reigns supreme in this who-dunnit of server provision, Internet rumours abound about Amazon’s friendliness with the CIA and with the desire for the government agency to work with them. Watch this space for more information on the latest move from the Men In Black.