Google (NASDAQ:GOOG) has been looking at the hottest search topics and online trends in Asia in 2013 – and here are the results. Let’s focus on Google’s highlighting of four online trends that are new this year. 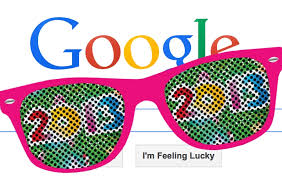 Trend #1: The rise of Asian apps

As regular readers will know, this year has seen Asia-made apps spread across the region – and even go global. The search titan explains:

Made-in-Japan Line appears on most-searched lists in Taiwan
and Indonesia; made-in-China WeChat appeared in Malaysia. The Japanese games Puzzle and Dragons and Chain Chronicle spiked in popularity in Hong Kong. Camera 360, a Chinese made app, spiked in the Philippines. The Korean-made Modoo Marble was a hit in Indonesia. Asia is using the Internet to import and export Asian technology like never before.

“Asia has more people affected by natural disasters than any other region,” notes the Google crew, and now more people are using the web to stay updated – and stay safe – when disaster strikes. Google says that Typhoon Haiyan generated five times more search traffic in the Philippines than Bopha did just a year before.

There were a number of major tragedies in the region in 2013, such as an earthquake in China, the Uttarakhand floods in India, and the Philippines was hit by both a quake and the afore-mentioned super-typhoon in the past few months.

Even when there was no loss of life, like during the Malaysian and Singaporean haze this summer, people turned to web tools – often ones made by Google – for the latest information.

Much like the regional interest in messaging apps, this year saw Asian nations taking a keen interest in each others’ politics. The elections in Malaysia, Japan, and the Philippines certainly boosted that. For example, Singaporeans were very interested in searching for details about the election in neighboring Malaysia.

On a lighter note, the previous year’s success of Gangnam Style boosted Korean pop music even further in 2013. Google says that Gwiyomi (embedded below), the Korean song featuring cutesy hand-gestures, became a viral video meme as everyone from Thai actresses to Chinese pop stars uploaded their own versions online. The phenomenon spiked in Singapore and Malaysia.