COMMONWEALTH Bank has saved tens of millions of dollars over the past 12 months thanks to Amazon Web Services’ cloud computing capabilities.

The news comes as CBA plans to officially launch its Kaching Facebook app for payments early next year. 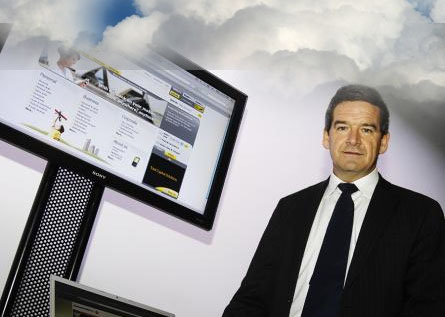 The savings are just the tip of the iceberg as only a fraction of testing and development platforms have been outsourced to Amazon, according to CBA chief information officer Michael Harte.

The move also contributed to CBA spending three times less on IT infrastructure.

By moving to the cloud CBA doesn’t have to purchase servers or incur high energy bills since Amazon is responsible for hardware and power.

“(We’ve saved) tens of millions of dollars … over one year,” Mr Harte told reporters during a technology briefing in Sydney yesterday.

“It’s about 30 per cent that we’ve started to put (on Amazon) … there’s a whole lot more to go so not every bit of testing and development is in the cloud,” he said.

Mr Harte said research conducted by a US analyst showed that the bank had the highest IT investment intensity” of any commercial bank in the world.

“That means we’ve shifted from infrastructure expense to business value.

“… we used to consume about 75 per cent of our IT budget on infrastructure, it is now down to 26 per cent,” Mr Harte said.

He said the “shift out of infrastructure” and freeing up of capital meant more funds could be channelled to other areas such as business logic and new customer-facing technologies.

Mr Harte said the testing and development platforms with Amazon doesn’t contain any customer information so the data centre’s location did not matter.

He reiterated his comments to The Australian this month, saying the bank would never put customer information in a public cloud or domain to protect their privacy and security — a key tenet in the development of its Facebook app as well.

The app will allow customers to pay their Facebook friends, group, event or anyone with a mobile phone number or email address without leaving the social networking site. It goes live early next year.

The bank has separate Kaching apps for Apple iPhones and devices based on Google’s Android platform which it has recently tweaked.

Kaching mobile apps has had around 700,000 downloads and processed more than $3bn in transactions this year.