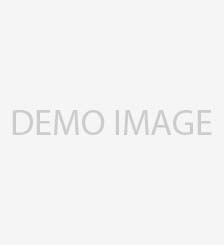 A bio-feedback armband called BodyWave is the first of its kind to measure brainwave activity through the body, not the scalp. Instead of an EEG headset recording a user’s concentration level, the Bodywave reads brainwaves at the arm by measuring the electric current given off by neurons firing in the brain. Bundled with an interactive software package called Play Attention, it reportedly enables interactive feedback and training towards peak mental performance. Apart from the obvious potential in sport, its ability to train attention and teach stress-control in mobile situations (much less obtrusively than wearing a headset) opens up wider potential. It has already found applications in education, industry and the military as well as in improving the lives of people with disabilities like Attention Deficit Hyperactivity Disorder (ADHD).

The BodyWave uses three dry carbon sensors (no pastes or gels required) that rest directly on the skin of the arm, wrist or leg. These sensors search for brainwave activity, measured in beta-level waves, and the arm-band then sends the feedback wirelessly to a mobile device or PC. The fact that the user is not hindered by headsets and wires allows for much more physical applications such as sports and military training.

For example, football coaches can analyze the physiological data of their players while they’re on the field, therefore knowing exactly when focus and concentration are dipping and when to substitute players during the game. In military applications, an army commander could measure the stress levels of soldiers in a combat environment, and make strategic adjustments dictated by the data being sent back. Applications have already been devised for, and used by, organizations like the U.S. Womens Bobsled Team and the U.S. military. As for educational use, the technology is currently being used in over 600 school districts in the U.S.

The Play Attention software includes mind-controlled 3D games and interactive virtual reality simulations. In one simple game, the player moves a fish through the ocean according to their level of concentration. If concentration levels dip, the game ceases to function properly until the user engages more fully with the task. An “Attention Meter,” a small bar at the top of the screen, is used to monitor the user’s concentration, filling completely red when “full concentration” is achieved, and emptying when the user loses focus. A similar Attention Meter can also be used to gauge concentration levels while performing everyday tasks. This application is currently being used to coach children with Attention Deficit Hyperactivity Disorder (ADHD) and autism. The video below provides more details.

The virtual reality simulations range from simple tasks to the operation of a nuclear power station. Once again, the BodyWave device constantly monitors the brain activity of the user, with a sufficient performance state activating the simulation. Avatars can be used within the program as teachers to provide instruction, or as a surrogate student to participate in the lessons or simulations. When the software deems that optimum concentration is achieved, the user can control the actions of the avatar with their mind. In the nuclear power station simulation, the avatar can be moved around the room and used to push and pull buttons on the virtual console.

The virtual training environments start off completely free of any distractions, and gradually progress into greater states of distraction, stress or duress, typically encountered in the field. Through progressive training, the user aims to sharpen their concentration levels to the point where optimum focus is achieved regardless of environmental stressors.

At US$1,795, the BodyWave’s price-tag is hefty, particularly in comparison to EEG headsets that are now popping up online for around $100 and up. The higher price does, however, include free access to Attention Specialists who provide live telephone tutorials lasting around two hours, to make sure you correctly use the software. They will also analyze your data for no extra charge.

Freer Logic is currently working on another bio-feedback device, this time in the form of a wristwatch.

More information on the BodyWave system can be seen in this video.