Blurred lines: Hybrid cloud deployment the future of the enterprise

Does an enterprise go with a public or a private cloud deployment? It’s no longer one or the other. 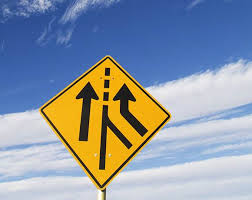 Nearly half of large enterprises will have deployed a hybrid cloud by the end of 2017, according to a recent Gartner Inc. study. The growth of hybrid cloud only compounds the use of cloud computing in general, which will account for the bulk of IT spending by 2017, the report noted.

“Hybrid is indeed the cloud architecture that will dominate,” said Dave Bartoletti, analyst with Forrester Research Inc. in Cambridge, Mass. “We’re seeing over 50% of enterprises prioritizing private cloud in 2013 to 2014, and there will likely be very few private clouds that don’t have a public [hybrid] component.”

Private clouds don’t provide scaling options and cost efficiencies to the degree that public clouds do, but enterprises also want the option to keep some data behind their firewalls.

A hybrid model takes the best of both worlds — or clouds, that is.

Bartoletti went even further, saying, “everyone” has plans to extend the private cloud to include public resources, which leads to a cloud that offers infrastructure both on- and off-premises, as paramount for an enterprise.

“The future is systems of record linked to new cloud-style systems of engagement, and that is hybrid cloud,” he said.

How much easier would it be for an enterprise to connect cloud instances with dedicated servers with a simple click of a button?

According to Codero Hosting, based in Austin, Texas, it’s possible. Codero recently released what it dubbed as the ‘on-demand hybrid cloud,’ where a customer can drag and drop dedicated servers and cloud instances into its hybrid network, all within seconds, said Emil Sayegh, CEO at the company.

The private network for each customer is isolated at the switch level, without a connect device, and is entirely driven by application programming interfaces.

“Codero’s got a smart offering that mixes dedicated and elastic hosting resources, since that is the essence of hybrid,” Forrester’s Bartoletti said.

“Making it easy to consume elastic capacity outside of an existing customer’s dedicated infrastructure — with the same provider — will definitely speed the path to cloud for companies that value their hosting provider relationships,” he added.

Bartoletti noted that many providers similar to Codero use some type of mix between traditional hosting and cloud services, citing CenturyLink Inc. and Verizon/Terremark as two companies with a combination of dedicated, managed and on-demand instance types.

Some were not as enthused about the “on-demand” model.

“It’s clearly not groundbreaking, and we’re seeing many of these types of offerings around hybrid and multi-cloud,” said David S. Linthicum, senior vice president with Cloud Technology Partners, a Boston-based cloud consulting firm.

Other cloud advocates maintain that a multi-cloud deployment with several providers is the future of cloud computing.

“The majority of enterprises I consult with leverage a multi-cloud model where hybrid cloud is certainly there, but [is] being replaced by something that’s much more complex and valuable,” Linthicum said.

Many enterprises mix and match multiple clouds depending on their needs — and that’s where a cloud deployment gets complicated, he said. For instance, one enterprise could use two or more public Infrastructure as a Service (IaaS) providers, along with a private Platform as a Service (PaaS) and on-demand management and security systems from a public cloud.

This week, Jelastic Inc., based in San Mateo, Calif., unveiled another option for enterprises — an integrated PaaS for private, public and hybrid clouds. According to Jelastic, it is the first time PaaS and IaaS have been integrated into a single platform.

“These days, the number of projects involving just one or two cloud computing providers or technologies is few and far between,” Linthicum noted. “It’s more likely there are a half dozen involved.”

The key, Linthicum said, is that a cloud provider needs to be able to work with other vendors to make an effective hybrid cloud — regardless of whether it offers a distribution on a private or a public cloud.

And that makes OpenStack valuable, as it allows IT to use the same cloud platform on-premises and with a service provider, analysts added.

“That will help extend skills to more cloud deployment types and allow cloud service providers to offer services around OpenStack to help clients migrate and evolve toward a consistent, hybrid architecture,” Bartoletti said.

“Since you’re managing a platform across private and public clouds, the ability to make these resources work and play well together is certainly a problem,” Linthicum said.