Best Buy appears to be jumping off the cloud. The company said Tuesday that it is selling its MindShift Technologies cloud-computing business to the Japanese firm Ricoh for an undisclosed amount. 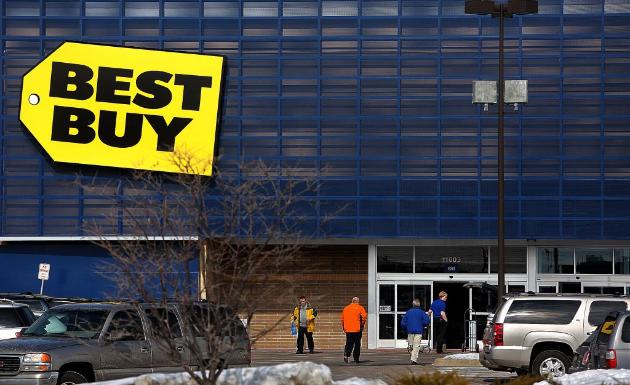 Best Buy Co. Inc. is selling MindShift because it is outside the company’s main business of electronics retailing, spokesman Jeff Shelman said.

“As we have made clear over the past year, our Renew Blue business transformation calls for greater focus on the core of Best Buy’s business,” Shelman said. “The sale of MindShift was made with that goal in mind.”

Last week, when Best Buy announced a decline in sales over the holidays, CEO Hubert Joly said the company’s priorities were to lower its cost structure, grow its online business, improve marketing and expand its Geek Squad tech services operation.

In 2011, Best Buy paid $167 million for MindShift, a Waltham, Mass., provider of information technology and cloud computing services to small businesses. In cloud computing, customers can use computers, software and data storage in remote data centers rather than buying their own.

At the time, acquiring MindShift was seen by analysts as a way for Best Buy to diversify beyond selling computers and other electronic devices, as well as the company’s first major effort to enter the cloud computing market.

Ricoh said MindShift, which has 650 employees, will continue to operate under the same name and management. The deal is expected to close in February.

News of the sale follows the company’s disclosure last week of worse-than-expected holiday sales. The firm’s stock dropped 35 percent in two days after it said revenue at comparable U.S. stores, those open at least 14 months, fell 0.9 percent during the nine-week holiday sales period that ended Jan. 4. Investors expected Best Buy to post a gain of 0.7 percent at those stores. Best Buy cited the toll of deep price discounting and lower-than-expected demand for cellphones.