Be sure to factor in the cost of cloud failure

I believe the best way to determine if there are cloud outages occurring is not to monitor the clouds themselves but to monitor my cellphone. 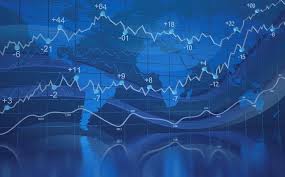 I typically hear about outages when reporters call to ask for comments. Recently, Microsoft Azure took such a hit. On Wednesday, it suffered from an issue that affected a management feature in the compute section of the public cloud. Proceedings returned to normal on Thursday, but I’m sure Azure users had a few bad days.

A common question around these events is “What enterprises can do to protect themselves from such issues?” The solutions are simple. However, when considering cloud computing, you have to take the cost efficiencies into account, which can complicate matters. Let me show you what I mean.

As an architect, I never like to put all of my resources into a single technology; today that means a single cloud provider. Although it’s better to have backups at other public cloud providers, such as instances on standby, the ability to keep redundant copies of data and applications in more than one IaaS or PaaS provider typically means higher costs, in terms of both time and resources.

But the most common reason we put our data and applications in public clouds is to reduce operational expenses. Using other providers for backup adds cost, perhaps to a point where cloud computing may not make good business sense. (InfoWorld’s Matt Prigge has done a great job of exploring cloud backup’s hidden costs, as well as where cloud backup can make sense.)

You have to run your own numbers to determine the viability of the cloud computing model for your business, including the cost of risks such as outages and breaches. In most cases, cloud computing is an economic fit for all the reasons I’ve detailed in this blog over the last few years. However, in some cases, it’s not.