When we want to convey uncertainty or confusion, we often lean on words and phrases that make us sound like TV weathercasters — our outlook is hazy, it is obscured by mist, it is lost in the fog. 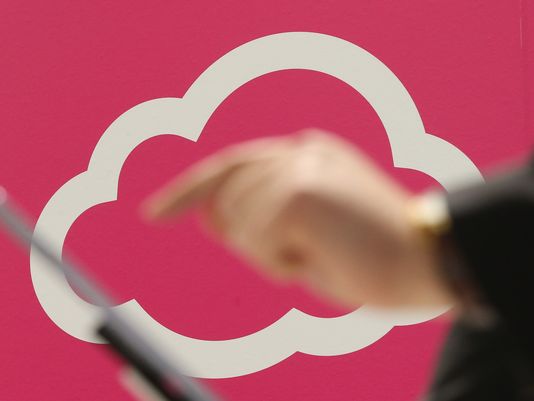 Which makes it curious that vast swaths of the technology world these days are obsessed with marketing themselves as savvy about “cloud computing” — because nothing is cloudier than what the phrase itself means, or which companies are best poised to exploit it.

For example, last week’s enormous Dreamforce conference might have lead you to believe that cloud computing is all about what conference sponsor Salesforce.com provides: “software as a service.” Beneath all of CEO Marc Benioff’s antic hype about a “third wave of computing” what the awkwardly-acronymed SaaS is about, in the end, is merely converting the inherently boring business software market from sales to rentals.

Bessemer Venture’s index of the 30 most valuable publicly traded cloud computing companies reinforces that view, since many of them mimic the Salesforce approach by specializing in narrow industry categories like property management, car dealerships, or vehicle fleet management. These aren’t Bay Area dynamos run by t-shirted 20-somethings — their CEOs are frequently doughy and graying, with headquarters just as likely to be in tech backwaters like Broward County, Fla., or the north Dallas suburb of Carrollton, Texas, as in the bleeding edge realms of San Mateo or Santa Clara or San Francisco, Calif.

And yet nowhere on Bessemer’s list, which it defines as the biggest SaaS providers, can you find Amazon, whose Amazon Web Services division is seen by some forecasters as potentially the biggest cloud company of them all. With some analysts estimating its annual sales having already passed $2 billion, AWS would already be the second biggest company on Bessemer’s index, measured by revenue, if it were independent. Even here, however, fog obscures the definitions, since the Bessemer list is confined to SaaS companies—and AWS arguably isn’t an SaaS company at all, but merely a provider of infrastructure where its customers can use the applications they’re renting from many of the firms already on the Bessemer roster.

As Bessemer’s Bryan Deeter and Kristina Shen wrote in a blog post a few months ago, “Most savvy software companies are aggressively trying to dress themselves up as cloud companies,” because all it takes, essentially, is an ability to claim your business is now renting online what it used to sell as shrink-wrapped packages.

That shift from buy to rent has also been taking place in consumer Internet businesses offering “cloud-based” services, most prominently in music. Companies like Pandora and Spotify have been training customers to pay a monthly fee for music instead of owning it outright; they’ve now been joined by Apple with its addition of iTunes Radio.

Whether consumers actually recognize the cloud as anything more than that fluffy cumulus icon on their iPhone is unclear however. For most of them, it stands for an easy way to back up family snapshots from the phone’s camera — or, in rarer cases, it’s the annoying symbol telling them they can no longer access a favorite track while riding the subway because it’s “in the cloud.”

For others, even that’s a stretch: last year Citrix, a Silicon Valley IT company, commissioned a survey of 1,000 U.S. adults by the independent firm Wakeman Research, which determined that, among other things, 51% of Americans thought stormy weather could interfere with cloud computing.

(The nearly 25-year-old Citrix — which came to prominence in the ’90s selling software that let office workers connect remotely and securely to their employers’ computer network at any hour from any location, thus destroying many an employee’s nights and weekends — recently displayed the savviness Bessemer’s Deeter and Shen describe, when it began marketing itself as a provider of “cloud solutions.”)

Of course, consumers have been living their digital lives in the cloud for years and haven’t realized it, with their email and social media profiles long since stored away on a server somewhere that they can’t identify. In that sense, every consumer Internet company is already a cloud provider. But you won’t find Google, Facebook, Twitter or Yahoo in anyone’s cloud company index. Yet.

We have been here before — Web 2.0 had a muddled meaning as well, but it served its purpose as a marketing phrase in the early 2000s for companies trying escape the taint of the first generation of dot-com companies, the ones which died en masse when the early Internet bubble burst in 2001.

With old-line corporate computing juggernauts like Oracle, IBM, and SAP joining the likes of ’80s generation companies like Citrix touting their own cloud abilities, the emptiness of “cloud computing” may have already achieved the Web 2.0 level of meaning nothing but a break from the past.