I’ve only got one IT guy,” says Segun Akintemi, the chief executive of Renaissance Credit, a Nigerian moneylender that opened for business in October 2012 and signed up about 3,000 customers in its first six months. “Whenever I walk past his desk he is surfing the web. 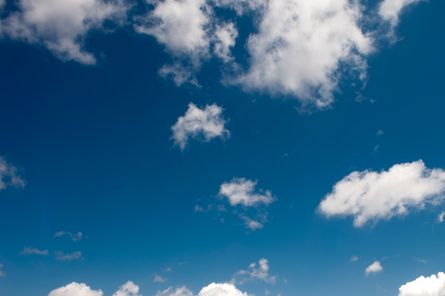 ” That the firm has just one bored computer specialist is not a sign of backwardness. On the contrary, Renaissance Credit is ahead of its time when it comes to technology. Its information processing takes place in the “cloud”, the term for software and services delivered over the internet.

The emergence of cloud-based banking promises to affect banks big and small. Banks are expected to spend almost $180 billion on IT this year, according to Celent, a consultancy. For the moment cloud-based services make up a tiny fraction of this amount, but by some estimates spending by financial-services firms on the cloud will total $26 billion in 2015. This increase should lower barriers to entry for newcomers, which can rent modern IT infrastructure at monthly fees of less than $10,000 rather than having to invest tens of millions of dollars upfront to build their own secure data centres. And it should also enable big banks to become much more cost-efficient.

Small firms, without legacy computer systems to constrain them, are the fastest movers. Renaissance Credit’s embrace of cloud computing has been almost total. Its employees type documents, run spreadsheets and read e-mails in the cloud. Its banking software, which keeps track of clients, payments and loans, runs on a cloud-computing platform using off-the-shelf banking software provided by Temenos, a specialist provider.

By using standard software and running it in existing data centres, the firm has dramatically cut its start-up costs; it pays a fee based on the number of clients it has and can simply keep scaling up as it grows. It has also been able to get off the ground quickly. It took just two months to go into operation after signing contracts with its suppliers. Despite outsourcing all its IT activities, it still needs at least one geek on hand. His main job, Mr Akintemi says, is to take new computers out of their boxes and plug them in.

Big banks have generally migrated less of their activity to the cloud than newer, smaller ones. This is partly because of legacy systems, partly because of regulatory concerns about data security and privacy. But the pressure to reduce spending is likely to force the pace of change. Simon Samuels of Barclays notes that whereas revenues at big European banks rose by 18% a year on average before the financial crisis, they have shrunk in recent years. One way of improving cost-income ratios is to lob activities into the cloud.

Banks in the rich world have started outsourcing the processing of data that does not involve sensitive client information but does require massive computing resources, says Colin Kerr, who heads Microsoft’s banking business. These include tasks such as “Monte Carlo” simulations in which banks run calculations millions of times over, each with slightly different variables, to assess what may happen to the prices of their assets or derivatives if markets move suddenly.

Bankinter, a tech-savvy Spanish bank, runs its complex credit-risk simulations on Amazon’s cloud platform. Calculations that previously took more than 20 hours to complete on the bank’s own systems are now done in 20 minutes. Big banks are also renting resources in the cloud when they need safe test environments in which they can mirror their own computer systems and then make changes or updates without the risk of crashing the entire bank.

Many banks are reconfiguring their own computer systems into private clouds, a hybrid step in which they have sole use of a data centre (these are shared in the “public cloud”), but derive some efficiencies from using the software and systems that run public clouds. Bank SinoPac, a Taiwanese lender, will cut its IT infrastructure costs by almost half by moving from a mainframe computer to a private cloud. Barclays and Deutsche Bank have moved some functions into private clouds.

There are, however, impediments to the wide adoption of cloud computing. One is the worry over security and data protection. For small banks with limited resources, the large data centres provided by firms such as Amazon or Microsoft are probably safer and more reliable than any that they could build themselves. Large banks, many of which have already built their own bomb-proof secure data centres, are reluctant to hand over client data to outsiders. The theft of data or a major systems failure by a bank with its operations in the cloud would doubtless prompt regulators to slam on the brakes, too.

You cannot be cirrus

Some countries insist that client data are not allowed to leave their national borders, which could force cloud-computing firms to build small data centres in many markets, reducing the scope for cost savings. Many regulators also want to be able to inspect and, in the words of one IT specialist, “put their hand on” the computer server holding client data. Providers of cloud services can be reluctant to allow inspections because they try to keep the locations of server farms secret. “The more you open up your data centres, the more vulnerable you make them,” says one.

These problems may change the pace but not the direction of travel. The cost advantages of cloud computing mean that banking services are likely to move inexorably into the ether. If so, the staff in banks’ IT departments will have more time to brush up their solitaire skills.