Whether you store data in the public cloud and action it locally, or send workloads to other environments from your own on-premises or legacy systems, there’s one potential weak link in cloud computing of any kind: Transport. 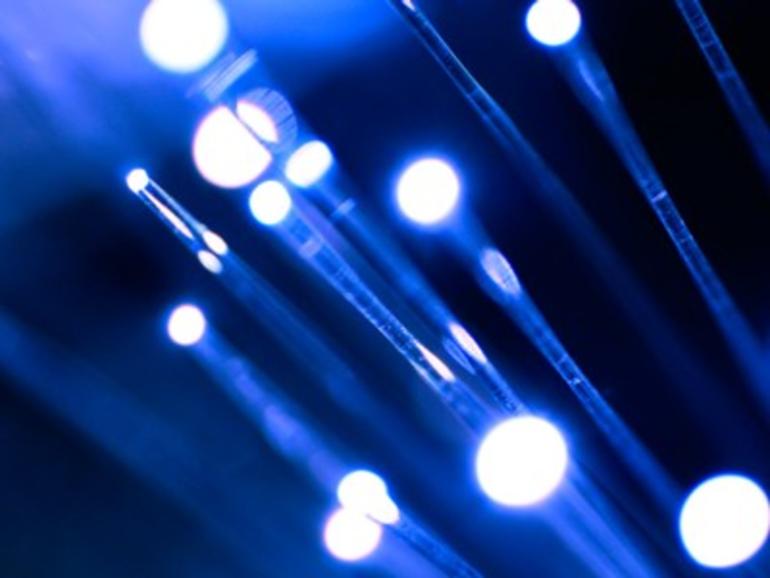 Moving data to where it needs to be is both a technical and a financial problem that you have to take into account when you’re weighing up any cloud deployment. After all, you have to provision for the maximum you’ll need, and you’ll still be paying for it even if you’re not using it all the time.

If only there was a way of paying for just the data networking you use on an as-needed basis, driven by application requirements rather than provisioned in large blocks or channels that are destined to sit idle when a workload inevitably slows down or changes.

Enter one of the final frontiers in cloud computing: Networking as a service (NaaS). Simply put, it’s the practice of buying network capacity on an incremental basis, just like you do for storage, compute, and platforms in every other aspect of the cloud.

“NaaS makes it possible to consume network services without the need to own any of the infrastructure,” is how Malcolm Loro, director of industry marketing for US telecoms and networking provider Ciena, described the use case. “All an organisation needs is a computer to order the service and a sufficient internet connection to enable service delivery.”

One provider hoping to capture a large slice of the market in the Asia Pacific is Pacnet. The network services provider last year introduced the second version of its network, PEN (Pacnet Enabled Network) 2.0, based on the deployment of an APAC-wide subsea cable system that also links to the US west coast.

As Pacnet’s president of managed services Jim Fagan said: “The network has never kept pace with cloud and apps. Your network today is still really about long-term contracts and long processing times; there’s not a lot of flexibility or complexity.”

It’s a segment that many providers are aiming to change. Through Pacnet, for example, customers get a portal or API to spin up the network capability they need, from 1Mbps to 100Gbps in increments right down to a single hour. And like other cloud services, you can provision what you need in minutes.

“[Owing to] the data moving around the world, you’re almost creating virtual datacentres on your networks,” Fagan said. “It’s not about the physical location anymore; it’s allowing the customer to put stuff where they need it, when they need it, and [offer] a set of tools to do it properly.”

“Increasing numbers of customers have ‘bursty’ workloads,” he said. “They need large amounts of bandwidth for a short time, and then they need to spin it down, and they want to pay only for what they use. I fully expect the adoption of NaaS to accelerate in a big way.”

But it’s about more than just huge traffic spikes. “An enterprise could request an increase in service bandwidth from 1G to 100G every Saturday night for just three hours to perform a large-scale data backup,” said Ciena’s Malcolm Loro. “The network delivers it, and then, after that time period, their network service would go back to business as usual.”

There’s also the increasing complexity and pervasiveness of today’s applications. They run in multiple regions, grabbing data and tools from APIs and other services all over the internet, all of it moving in different directions at different rates.

The answer to smoothing that process might be a concept that’s one of the lynchpins of NaaS, software-defined networking (SDN).

Architecturally speaking, SDN seeks to decouple the network control function from the directionality of data. Where applications have to be increasingly dynamic as their needs change, SDN builds in the network requirements the software needs. You simply program in the parameters, and the software manages its own networking needs on the fly, automatically tapping the resources to NaaS services you have when it needs them.

“SDN in the datacentre is powerful, as it separates network intelligence from the networking hardware,” he said. “In the enterprise WAN, the same applies; the enterprise WAN can be managed separately as an overlay service that resides over the top of the underlying connectivity. Extending the SDN capabilities down to the WAN is truly enabling network as a service.”

As to the use cases NaaS best suits, the answers are as individual as user needs. A telco or carrier can deploy services in new markets gradually, with no upfront cost. VPNs can be set up for a large and dispersed workforce with heavy bandwidth needs without a high and expensive baseline. A production company in the Philippines that renders CGI effects for Hollywood studios can spin up large and irregular bandwidth needs to send frames to render farms elsewhere in Asia and back to clients waiting to see the results in the US.

The possibilities are exciting, but here’s what might put the brakes on to some extent: If you know anything about networking, reading the above might have prompted you to realise that while sending data between high-bandwidth environments on an as-needed basis might be great, a network is only as fast as its slowest point. If there’s a bottleneck at the user end’s building, firewall, or ISP, it’s not going to lead to a higher bandwidth pipe like magic.

As such, the natural home for NaaS might not be on the public internet for “live” applications and workloads, but rather secondary tasks that aren’t directly customer or revenue related — it really takes flight when you’re talking about connections between datacentres and clouds.

Despite being quite aware of the limiting factor of the last mile, CTO of infrastructure build and support service Infrasupport Greg Scott thinks we can still get the most out of our local networks thanks to what he calls software-defined perimeter (SDP) appliances, which he wants to see replace the firewall.

“Most firewalls are pretty good, but it’s a wasted opportunity. Firewalls could do so much more for you for so little cost,” he said.

Scott believes that such appliances could enable NaaS even in comparatively restricted on-premises environments by making a “smarter perimeter” that monitors and juggles multiple telecom feeds, diagnostics, and a host of other services that make the most of your as-needed I/O.

VP of global service providers at datacentre and collocation provider Equinix, Jim Poole, also sees positive change at the user end that might help NaaS expand beyond the datacentre.

“Changing bandwidth at the end points tends to be a slow process, but this is the direction the industry is headed with the introduction of SDN and 100Gbps,” he said. “Level 3 Communications [formerly networking and IT provider TW Telecom] is a good example with their Constellation product, which allows for dynamic bandwidth changes to your network in real time.”

Plus, not all workloads are bursty, and not all network activity is the expression of live updates or critical processes. Andrew Robert Bruce, a software architect and the owner and operator of arbruce.net Technical Services, has a unique terminology for when you need a cloud-based build to do the work.

“When Rihanna comes to town and the requirement for bandwidth skyrockets, the replicated database in the cloud has sufficient network bandwidth to handle transactions. Mobile and desktop apps are remotely tweaked to talk to the cloud database. After Rihanna leaves town, the synchronisation pulls the data from the cloud back to the original database, and the apps are reset to talk to it again.”

So with the growth and possibilities, is there a big enough market to exploit? Ciena is one provider that thinks so. Its director of industry marketing, Malcolm Loro, said 100Gbps services have been around for a few years, but what’s changing now is that demand for them has moved into the consumer sphere, demand that he says is “overtaxing today’s network infrastructures and exposing their inflexibility”.

At Pacnet, Jim Fagan said he’s already seeing customers using 100Gbps NaaS, and even though it’s high, he wonders whether it might turn into a self-fulfilling prophecy. As an example, he spoke about a hypothetical content provider somewhere in the Asia-Pacific region: One week, its audience might be concentrated in Singapore because of a competition or promotion; the next, all traffic might come from Japan. The host can keep copies of the content in every country or region, or spin up network pipes as needed in each direction.

“The ability to move those large amounts of bandwidth around to use when the network becomes stressed hasn’t been there before,” he said.

“Will a customer who would have bought just 10Gb stick with that but burst up to 100Gb when they have the ability rather than regulate themselves? It opens up more flexibility, so I think that will help drive some of the adoption.”