The UK’s research and education network, Janet, has entered into a partnership with Microsoft that could deliver a faster and more secure connection to universities across the UK. 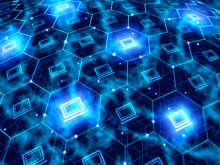 The new arrangement — announced at Goldsmiths University of London on Tuesday — involves establishing a private link between the Janet network and the Microsoft Windows Azure datacentre in Dublin via a London internet exchange point, thereby eliminating the need to move data over the public internet.

Janet’s director of product and marketing, Dan Perry, told ZDNet: “What’s really unique here is the increased service and security achieved. Staff and students can have end-to-end connectivity to cloud services without touching the public internet.”

Paul Watson, professor of computing science at Newcastle University, which has more than £20m of research projects supported by the cloud, said universities dealt in huge volumes of data and were attracted to the cloud for analysis because they did not have to buy their own computer hardware.

“One of the major barriers holding back further cloud adoption is the time it takes to transfer large datasets from the lab to the cloud for analysis,” he said. “This new link between Janet and the Azure Cloud removes this barrier, and will allow a far greater range of research projects to fully exploit the benefits of cloud computing.”

Under the partnership, UK universities on the Janet network will also be able to buy licenses for an academic version of Office 365 directly from Janet, instead of entering negotiations with Microsoft.

A Microsoft spokesman told ZDNet on Thursday that all staff and students would receive the Office 365 Education Plan A (Academic).

“This provides email via Microsoft Exchange with 25Gb storage, and collaboration tools including Sharepoint with Skydrive Pro and 7GB of personal storage. The package also comes with browser-based versions of Word, Excel, PowerPoint and OneNote, and real-time communication via Microsoft Lync. There are educational discounts available for optional add on services.”

Janet claims that the deal could have an impact on more than 18 million staff, students and researchers.

“We’ve already carried out due diligence and negotiated amendments to help the sector adopt Office 365, which Goldsmiths University estimate could save each institution up to £20,000 and will save the sector as a whole, £670,000,” Perry said.

“Even more savings will be made through a similar agreement for Microsoft Azure, which then starts to run into the millions.”

Janet connects into the GEANT pan-European data network, which then connects through to other major academic regions such as the Pacific Rim and North America.