Microsoft hosted cloud camps at 23 locations in the U.S. to train developers on how to use Windows Azure, Microsoft’s application platform for creating cloud apps.

MOUNTAIN VIEW, CALIF. – Software developers participated in a daylong Windows Azure Developer Camp at the Microsoft campus here, one of 23 simultaneous workshops held across the U.S. Nov. 12, to spur the development of applications that run in the Azure cloud environment. 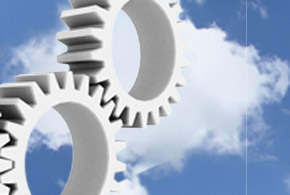 The training was provided to encourage developers to use Azure to create apps, especially for the new Windows 8 operating system and other new software platforms Microsoft has introduced this year, including Windows Phone 8, Office 2013, Office 365 and SharePoint 2013. Microsoft has made an effort to streamline the development process since Azure was first introduced in 2008.

“We’re trying to simplify a lot of these tasks that previously were difficult or awkward,” said Neil Mackenzie, a Windows Azure specialist at Satory Global, a Microsoft training and consulting services partner, which lead the Azure Camp in Mountain View.

Among the enhancements to Azure this year are the infrastructure-as-a-service (IaaS) support announced in July, Mackenzie said, along with a platform as a service (PaaS) offering. Azure also supports Linux operating systems along with Windows.

To his audience of about 50 or more developers, Mackenzie explained the features of Azure for building apps and Web sites that run in Microsoft data centers, access storage at on-premise locations, create virtual machines for software testing and development or to operate applications in SharePoint 2013.

Mackenzie said two of the best capabilities of Azure are to create apps that are both scalable and highly available. He emphasized that delivering scalability can help detect potential failures in applications in development to protect against those failures in production.

“I think the main thing is to be just aware that you’re in a distributed service where things like failure is actually more possible, so you have to take account for that and can essentially design for failure,” he said. “But in doing so you can actually make your services more robust.”

One of the participants in the Azure Camp was Konrad Cichocki, a senior IT systems engineer at Digital Airstrike, a company that delivers software for car shopping Web sites. When a user is shopping for a car on a dealer site, the software records the shopper’s interest in a particular vehicle and the dealer delivers the customer a price quote. Digital Airstrike software also delivers social media-like content to the site.

“There are a few problems we run into at our company [and] the quickest way [to resolve it] at minimal cost was to put it on the cloud and it worked out great. Now, we’re just seeing what else we can put on the cloud and see the benefit of it,” Cichocki said.

Randy Lane attended the camp for professional development reasons to learn more about Azure while he’s between software development jobs.

“Cost wise, I believe [Azure] cloud is an option that will be highly leveraged over the next many years,” Lane said, especially since Azure appears to be addressing some of the security and privacy issues that have made some people reluctant to put certain apps in the cloud. He had worked for several years doing software development in the banking and finance sector.

The Windows Azure portion of Microsoft’s Web site includes a calculator to determine how much it would cost to support an Azure-based app in a Microsoft data center.