Amazon Web Services is challenging in the Court of Federal Claims the Government Accountability Office’s June bid protest decision overturning its win of a CIA cloud services contract worth up to $600 million over 4 years, with additional options. 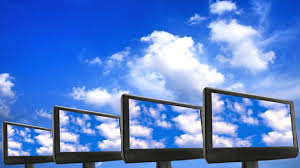 In a redacted complaint(.pdf) unsealed Aug. 20, Amazon attorneys from the firm of Arnold & Porter argue that the GAO arrived at the wrong conclusions surrounding two points from a protest brought by IBM, which lost out to AWS on the CIA contract. Following the GAO’s decision, the CIA reopened discussions with offerors and called for new proposals due by Aug. 16; Amazon first filed its complaint on July 24.

In its decision, the GAO said IBM was correct that the CIA misevaluated a part of its pricing proposal. In its suit, AWS accuses IBM of “seeking to exploit a perceived ambiguity in the instructions” and the GAO of jettisoning established law to recharacterize IBM’s protest as a matter of price evaluation rather than the evaluation criteria.

No one disagrees that by the time IBM filed its protest, it was too late for the company to challenge the evaluation criteria, since the window for doing so closes after proposals are due. According to the facts of the case, the CIA intended to receive price proposals based on continual annual processing of 100 terabytes of data, but IBM submitted a final proposal revision with pricing for 30 single runs of 100 TB.

In order to compare IBM to AWS prices, CIA evaluators then scaled IBM’s proposal upward to reflect what it would be for a year of continual processing–an action the GAO says the CIA undertook without sufficient information, making the final evaluation flawed.

AWS in its suit says that had the CIA adjusted its pricing down to the single run approach bid by IBM, the latter company’s “advantage would have decreased substantially.” In any case, a greater price advantage “would not have favorably altered IBM’s marginal technical approach rating, its moderate past performance rating, or its high risk rating,” the suit states. AWS attorneys say IBM’s single-run price proposal also was “gamesmanship” in the first place, stating that IBM’s initial proposal was priced under a continuous processing scenario.

As for the second point, the GAO said that a post-contract award decision by the CIA to limit a requirement that the winner certify that “any software” provided will be virus free to “only software developed and provided” by Amazon was a material change. To that, AWS attorneys say the GAO didn’t show that the change was prejudicial to IBM, and that in any case the CIA legally reserved the right prior to the submission of final proposal revisions to change that clause.

The case is being argued before Judge Thomas Wheeler. IBM, represented by McKenna Long & Aldridge, has intervened in the case.