Autotask CEO Mark Cattini says the cloud-based business management software provider could go public right now if it chose to do so. In fact, Autotask has met with bankers as part of an exploratory process and valuation discussions. But is an IPO (initial public offering) coming? Not at the moment. 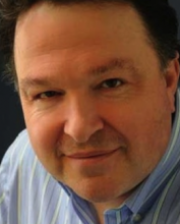 During an hour-long discussion with MSPmentor that covered dozens of topics, Cattini said there’s no near-term need for Autotask to raise more money through more venture funding or an IPO.

Speaking hypothetically, he noted that Autotask would be “at the smaller end” compared to other SaaS-based companies that have gone public in recent years. But, some IPOs from recent years have involved even smaller businesses, he added.

Still, Cattini said Autotask’s investors remain patient and have a long-term view. In fact, Cattini said it’s not time yet for the company’s early investors to cash in any chips with a potential IPO.